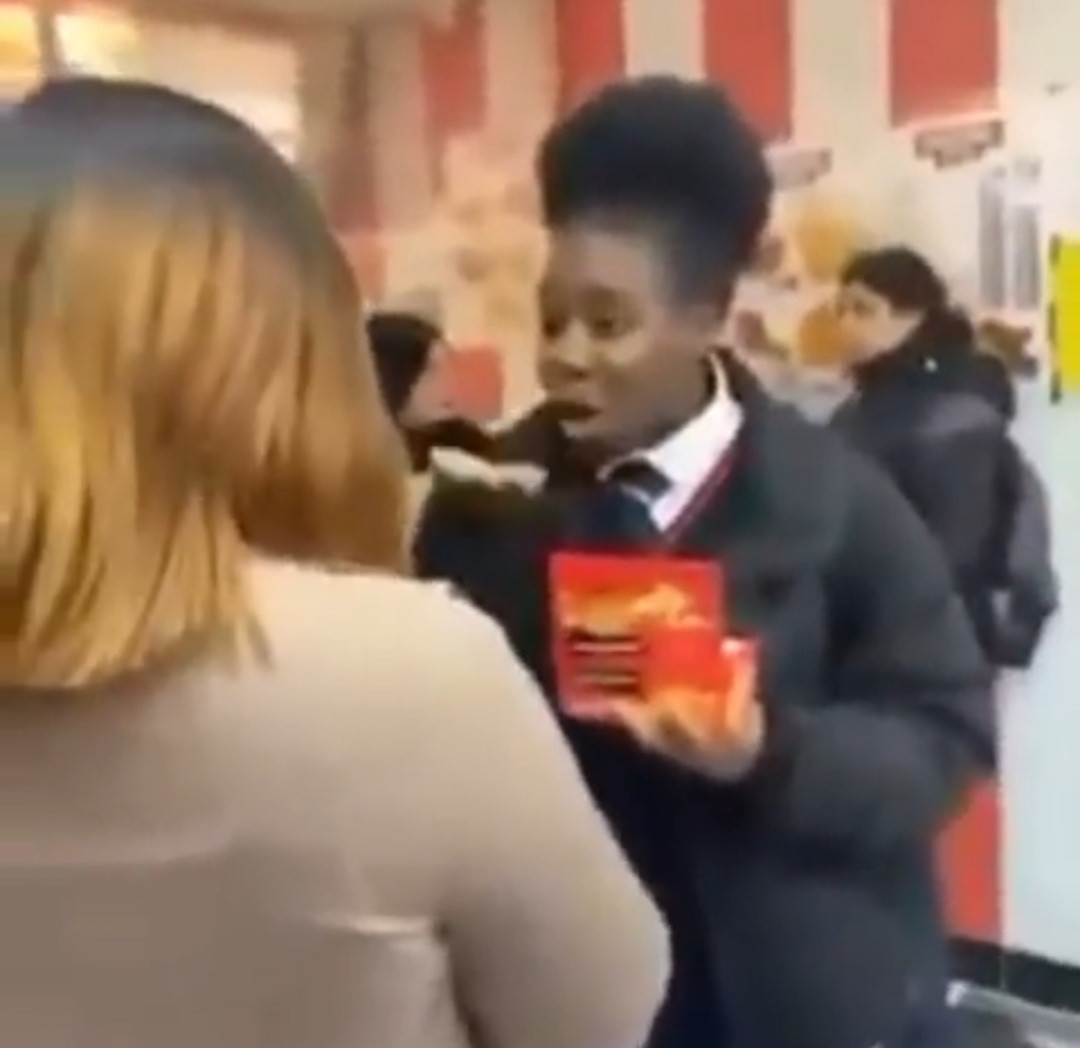 “Warn your parents not to move like fools, this is not Africa ” Sister of teen who had an altercation with Nigerian woman in restaurant abroad reveals police has taken up the case

The African woman who got involved in a verbal and physical altercation with a teenager in the UK has been reported to the police and “it’s being taken further”.

A sister to the teenager involved in the incident made this known on Twitter.

Recall that a video went viral, showing a woman with a strong Nigerian accent berating a teenager who was waiting in line in a restaurant.

The teenager responded, telling the woman to quit disrespecting her because she is not her parent.

The issue escalated and the woman hit the girl. The girl also hit back.

The teenager’s sister took to Twitter to respond to the viral video of her sister and the older woman getting into a fight.

She asked Africans to warn their parents to keep their hands to themselves and bear in mind that the UK isn’t Africa.

She wrote: “This is actually my little sister. She was minding her business in the chicken and chip shop and this Aunty decided to get involved with her and her friends conversation and proceeded to slap her.

“Warn your parents, this isn’t Africa. You don’t go around slapping peoples children.

“She has now been reported to the police and it’s is being taken further. Warn your parents not to move like fools on road cah they can me meet the wrong one. This ain’t Africa! KEEP YOUR HANDS TO YOURSELF KMFT.”

Swipe below for video of the altercation.

Reality star, Mercy Eke expresses desire to own an oil block; says she has ‘paid her dues’