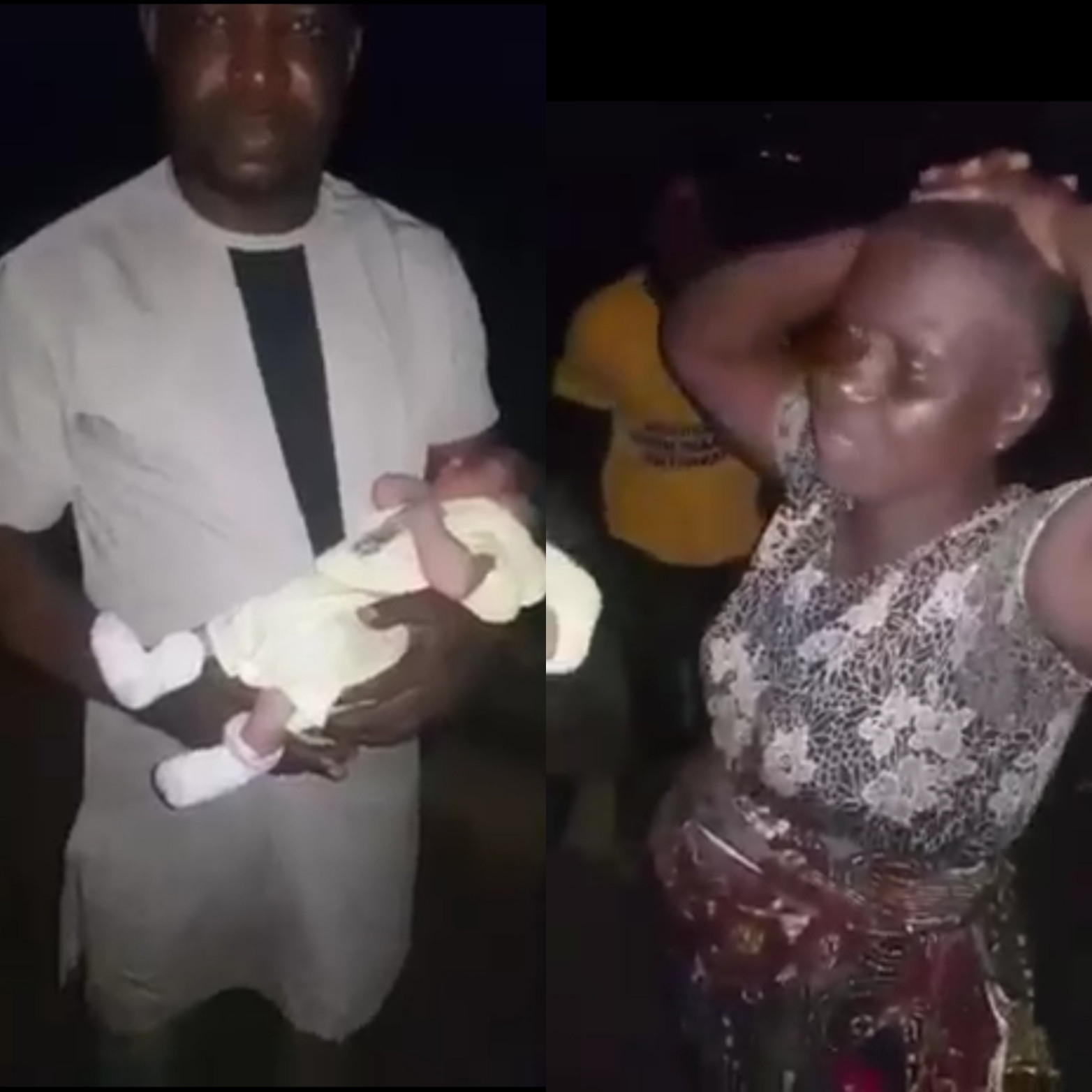 An elderly woman was rescued from an angry mob after she was caught with a stolen newborn baby.

The woman named Roseline was caught with the child in Upper Iweka, Onitsha, Anambra state.

The baby looks about a week old, according to eye witnesses and the mother of the child is not known.

When quizzed, the elderly woman, who is from Enugu State and based in Onitsha, claims she “intercepted” the mother of the child in Asaba, Delta State, and the mother accepted “a little money” in exchange for her child.

What the video below.