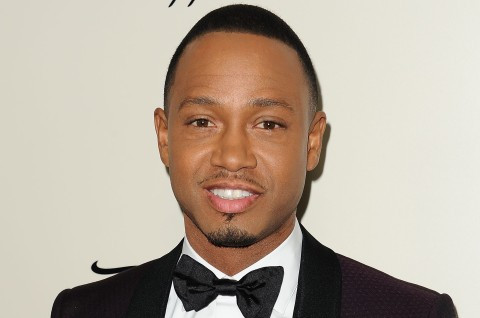 Hollywood actor and Television host, Terrence J was reportedly shot at, and was allegedly the victim of a follow-home robbery near his home in Los Angeles.

A follow-home robbery is a plot in which victims leaving upscale restaurants or hotels are targeted and then followed home to be robbed.

The actor who rose to fame with his role in Romance comedy film ‘ Think Like A Man’  was returning to his home in Sherman Oaks when masked men blocked his way in an SUV around 3am on Wednesday morning, November 10, according to Fox LA.

He was reportedly ordered out of the vehicle at gunpoint, but he was able to escape in his car.

Reports say he was then followed, with one of the men shooting at his car. There have been no injuries reported.

LAPD Sergeant Hector Olivera said: ‘People need to be aware of the surroundings, especially leaving nightclubs, restaurants and what have you.

‘It seems that the suspects are targeting individuals that either have expensive jewelry, expensive cars, and things of that nature.’