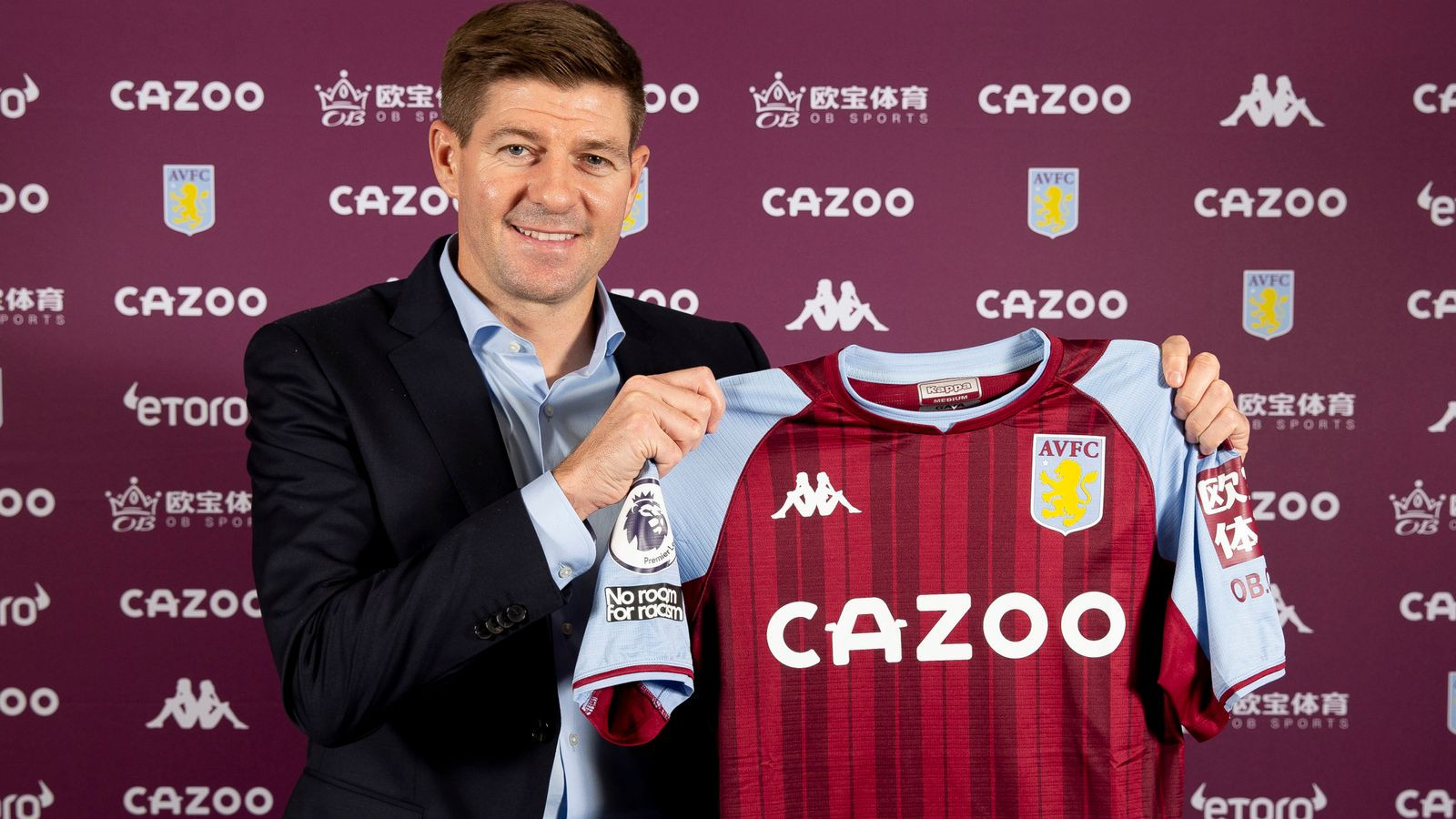 Steven Gerrard has been appointed as the new Aston Villa head coach on a three-and-a-half-year deal.

The former Liverpool midfielder left his role as Rangers manager to replace Dean Smith, who was sacked last weekend after a run of five successive defeats.

Compensation of between £3.25-4m agreed with the Scottish champions for Gerrard and his assistant Gary McAllister.

Gerrard said: “Aston Villa is a club with a rich history and tradition in English football and I am immensely proud to become its new head coach.

“In my conversations with Nassef, Wes and the rest of the Board, it was apparent how ambitious their plans are for the club and I am looking forward to helping them achieve their aims.

“I would like to express my sincere gratitude to everybody associated with Glasgow Rangers for giving me the opportunity to manage such an iconic football club.

“Helping them secure a record-breaking 55th league title will always hold a special place in my heart. I would like to wish the players, staff and supporters the very best for the future.”

Gerrard, 41, had been in charge of Rangers since June 2018 and led the club to the Scottish Premiership title last season, ending Celtic’s nine-year reign as champions.

Villa sits 16th in the Premier League table, two points above the relegation zone after 11 games of their campaign.

Gerrard’s first match in charge is set to be the Premier League match against Brighton on November 20.