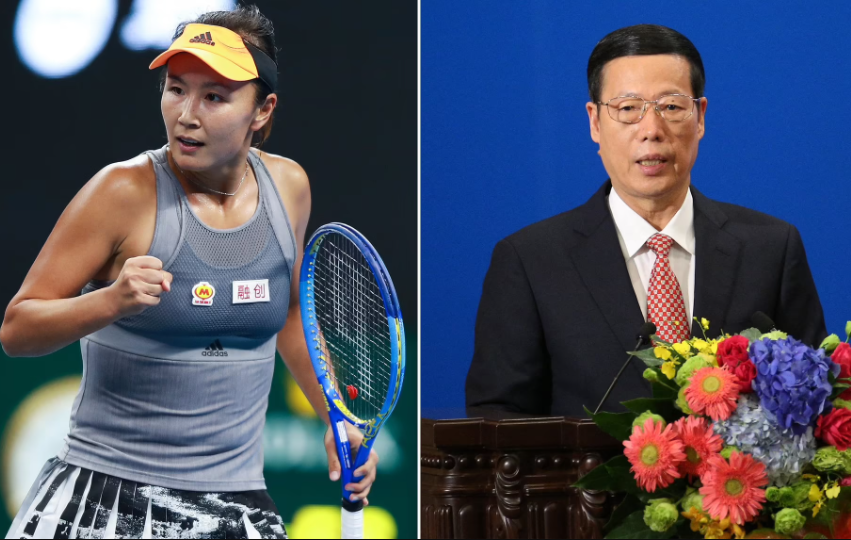 A Chinese tennis player has vanished a week after accusing the country’s former vice-premier of sexual abuse.

Peng Shuai, 35, a former Wimbledon and French Open doubles champion, on Tuesday accused retired Vice Premier Zhang Gaoli of pressuring her into having sex, according to screenshots of a since-deleted post from Peng’s verified account on Weibo, China’s Twitter-like social media platform.

In the post, which reads as an open letter to Zhang, she alleges a relationship over an intermittent period that spanned at least 10 years. Peng says she opened her heart to Zhang, who is now 75 years old.

“Why did you have to come back to me, took me to your home to force me to have sex with you? Yes, I did not have any evidence, and it was simply impossible to have evidence,” she wrote.

“I couldn’t describe how disgusted I was, and how many times I asked myself am I still a human? I feel like a walking corpse. Every day I was acting, which person is the real me?”

During a press conference on November 3, a spokesman for Beijing’s foreign ministry refused to be drawn on the subject, saying flatly: ‘I have not heard of it and it is not a diplomatic question.’

Zhang was a vice-premier in Beijing and served on the ruling party’s powerful seven-member standing committee of the Politburo.

The post was taken down within 20 minutes of being uploaded to Weibo, which is heavily monitored by the Chinese state.

For a time Peng’s profile appeared to be disabled, and was not showing up in searches on the site.

Attempts to post about Peng or Zhang on Weibo also show up an error, even when the posts themselves do not mention the alleged affair.

China’s foreign ministry has denied all knowledge of the matter and Zhang has also not responded to requests for comment.

Man, 60, escapes jaws of crocodile by stabbing it with pocket knife