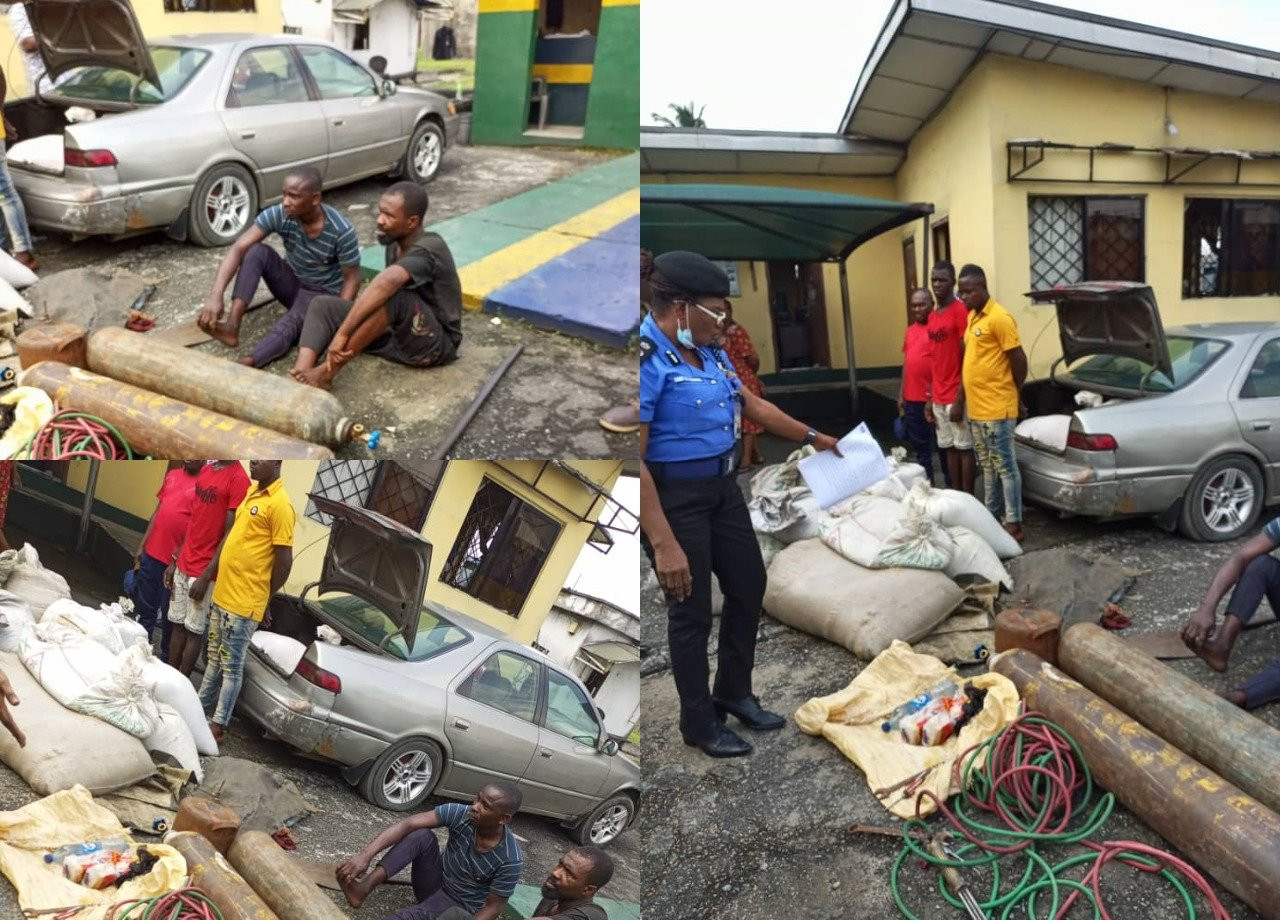 Five suspects have been paraded by the commissioner of police, Eastern Port command CP, Tami Peterside over an alleged theft and destruction of properties of the port.

The suspects who were paraded at the premises of the NPA in Port Harcourt on Wednesday November 10, were accused of operating for “several months before they were trailed and caught during an operation” in Bua area of the state.

Peterside revealed that some of the items stolen by the suspects cost as much as N20 million. She also promised that the suspects would be prosecuted to serve as a warning to other criminals.

The paraded suspects however denied doing any wrong, claiming they “were on the waters ways for some totally different.” Some of the items recovered from the suspects include; canoe, three gas cylinders, two spanners, rusted iron fillings and wheat.

Singer Iyanya reacts to claims that his hit song, Kukere, was written by D’banj

Governor El-Rufai’s son, Bashir reveals what he did while missing his wife