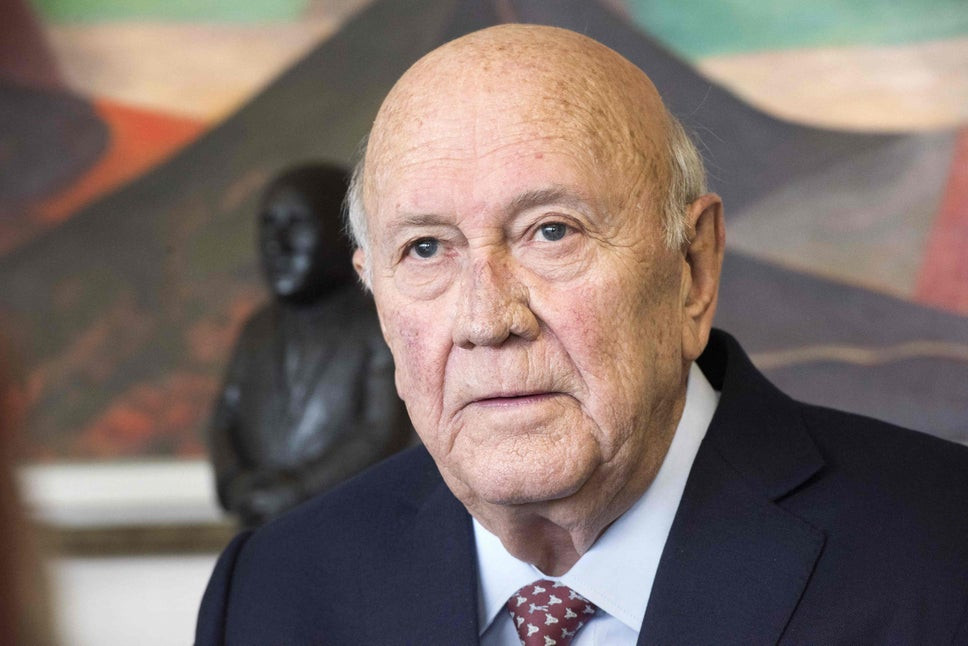 “Former President FW de Klerk died peacefully at his home in Fresnaye earlier this morning following his struggle against mesothelioma cancer,” a statement from his foundation said.

He was diagnosed in March with the disease, which affects the tissue lining the lungs.

While he was head of state from 1989 and 1994, he and his government dismantled the apartheid system of institutionalised racial segregation and introduced voting rights for black people.

In 1990 he announced he was releasing anti-apartheid leader Nelson Mandela from prison after 27 years, in a speech that made history.

Mr de Klerk shared the Nobel Peace Prize with Mr Mandela in 1993, but his role in the transition to democracy remains a source of controversy.

After multi-party elections were held in 1994, Mr. Mandela won the presidency and Mr de Klerk became one of two deputy presidents.

Many blamed Mr de Klerk for violence against black people and anti-apartheid campaigners during his reign, while some white people accused him of betraying them in his efforts to end apartheid.

“He is survived by his wife Elita, his children Jan and Susan and his grandchildren,” the foundation said, adding that the family would in due course make an announcement regarding funeral arrangements.