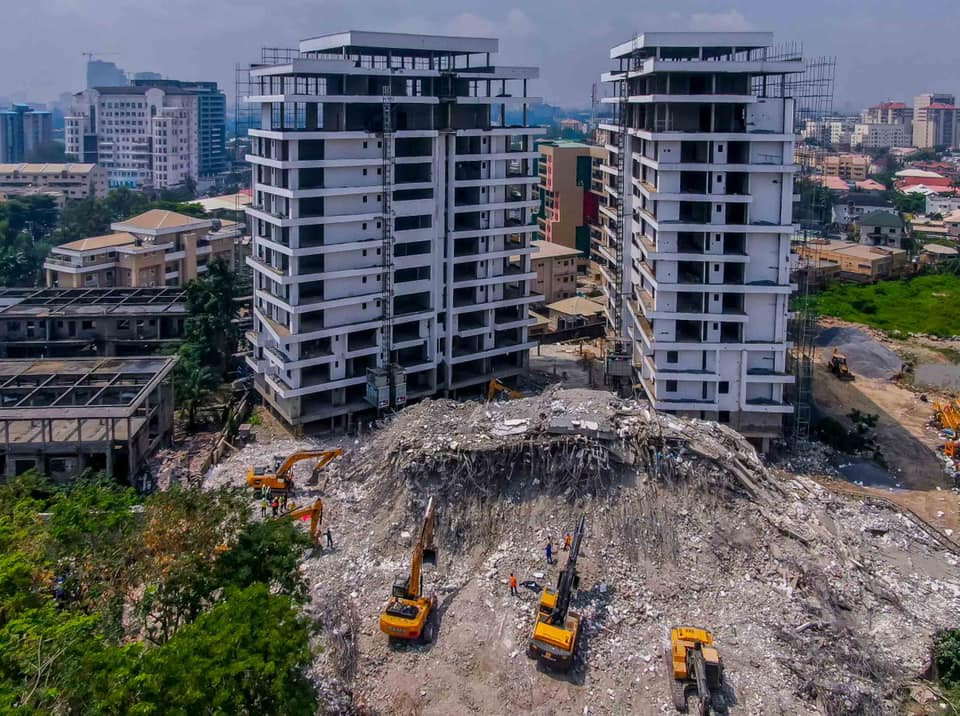 The Lagos state government has denied reports claiming it has ordered the demolition of the two highrise buildings standing at the site where the 21-storey building collapsed in Ikoyi on Monday, November 1.

A statement released by the state Commissioner for Information and Strategy, Gbenga Omotoso, said the claim is false as no such directive has been given. Read the statement he released debunking the claim below

CONTRARY to speculations, no directive has been given for the demolition of the two high-rise buildings standing at the site of the 21-storey collapsed building in Ikoyi, Lagos.

The Panel of Inquiry instituted to establish issues surrounding the collapse of the building has continued to sit and an integrity test is yet to be conducted on the buildings. It is, therefore, wrong to assert or speculate that the buildings will be demolished.

The operation at the site of the collapsed building continues. Vehicular movement around the site has been smooth, following the reopening of the road.

The identification of bodies of the victims of the incident has continued at IDH, Yaba, Lagos Mainland. Thirty-two families have come forward to submit samples for DNA to identify bodies that they wish to claim. In cases where identification is clear and there are no arguments, the bodies will be released to the families.

A committee to supervise the identification and release of the bodies has begun work. It comprises senior officials of the Ministry of Health and the Ministry of Justice.”

Physically-challenged man set to tie the knot with lover (Photos)

“Warn your parents not to move like f00ls, this is not Africa ” Sister of teenager who had a fight with Nigerian woman issues warning.