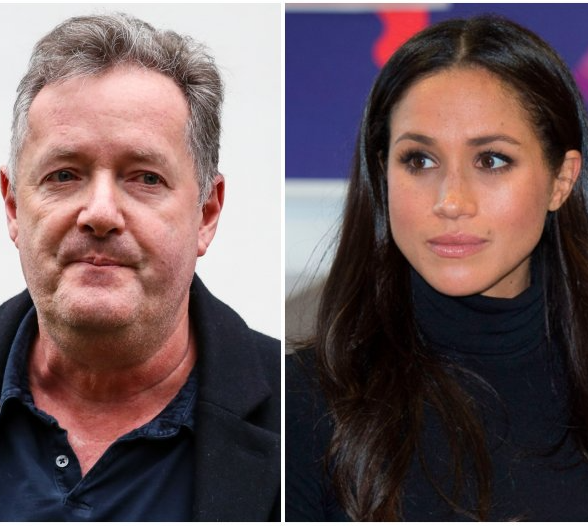 Piers Morgan slammed Meghan Markle today, Nov. 11. after she apologised to the Court of Appeal amid a gruelling legal battle with a British newspaper.

Meghan yesterday, Nov. 10, apologised to a court for not telling a judge about emails showing her attempts to influence a biography about her and Prince Harry, saying: “I forgot.”

Meghan, 40, has always vehemently denied cooperating with the authors of the controversial biography Finding Freedom to help them with the book.

But emails shown to the court reveal Meghan and Harry had heavily briefed their press spokesman Jason Knauf on what to say to writers Omid Scobie and Carolyn Durand before he met them two years ago.

Meghan thereafter apologised to the Court of Appeal for not mentioning the emails before in her long-running High Court privacy case against The Mail on Sunday for revealing the contents of the letter to her father.

She had won her case but the newspaper is appealing.

Meghan said: “I did not have the benefit of seeing these emails and I apologise to the Court for the fact I had not remembered these exchanges at the time.

“I had absolutely no wish or intention to mislead the defendant or the Court.”

The extent of Meghan and Harry’s secret co-operation with the authors of biography Finding Freedom was laid bare in court.

Emails released yesterday, Nov. 10, revealed an account of Meghan choosing her wedding tiara with the Queen were attributed to a “palace aide” in Finding Freedom when it was released last summer.

In another exchange, Harry told his and Meghan’s press spokesperson Mr Knauf: “I totally agree that we have to be able to say we didn’t have anything to do with it.

“Equally, you giving the right context and background to them would help get some truths out there.

“The truth is v much needed and would be appreciated, especially around the Markle/wedding stuff but at the same time we can’t put them directly in touch with her friends.”

Harry also emailed Mr Knauf to wish him “good luck” before his briefing with the authors Omid Scobie and Carolyn Durand in December 2018.

Meghan even wrote five bullet points and 31 “reminders” she says “may be helpful to have”.

In her statement to the court, Meghan finally admitted  Mr Knauf “did provide some information to the authors for the book” and “did so with my knowledge”.

Reacting to Meghan’s apology on Thursday morning, Piers Morgan, who lost his Good Morning Britain job 8 months ago for calling Meghan a liar, tweeted: “I’ve now had eight months to carefully reflect on my statement that I don’t believe a word Meghan Markle says… and I still don’t.”

He added: “The ‘end game’ is that the Sussexes are stopped – by the Queen – from ruthlessly exploiting their royal titles for 100s of millions of dollars whilst simultaneously trashing the Royal Family & Monarchy.