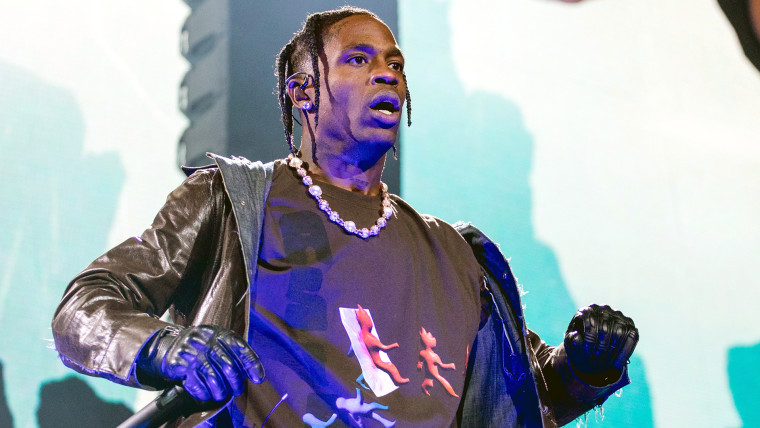 Travis Scott has been accused of ‘exploiting’ the Astroworld tragedy and ‘profiting’ off of concertgoers’ trauma after partnering with the controversial virtual therapy provider BetterHelp.

The 30-year-old rapper was performing on stage at his Astroworld Festival in Houston on Friday when a crowd surge left at least eight people dead and hundreds of others injured.

Scott, who has had more than 40 lawsuits filed against him following the concert, released a statement on Monday pledging to cover all funeral costs and refund the cost of all tickets.

He also announced that he was partnering with BetterHelp to supply free one-on-one online therapy to any concertgoers impacted by the tragic events at Astroworld.

However, the initiative has been met with backlash with Scott being accused that he would financially benefit from the partnership, which BetterHelp has denied.

A source close to Astroworld told DailyMail.com Scott is fully funding the free mental health service himself and is in ‘no way’ making a profit off of the initiative.

The person said BetterHelp is not paying him anything, and fans who decide to use the service will not be automatically billed at the end of the free month.

There have also been renewed criticisms about the therapy app, itself, including claims the company shares information with third-party advertisers.

‘I can’t really explain how much this bums me out,’ podcast host Bridget Todd tweeted. ‘Therapy apps like BetterHelp have been [called] out for their sketchy, not-really regulated policies around privacy and data. This “partnership” is just offering up these young people to be further mined and exploited for money.’

She added: ‘These kids were already put at extreme risk so corporate interests and streaming platforms could make more money with no regard to their wellbeing. Pumping them into BetterHelp just confirms it — everything is for sale. Everything is a “partnership opportunity,” even your death.’