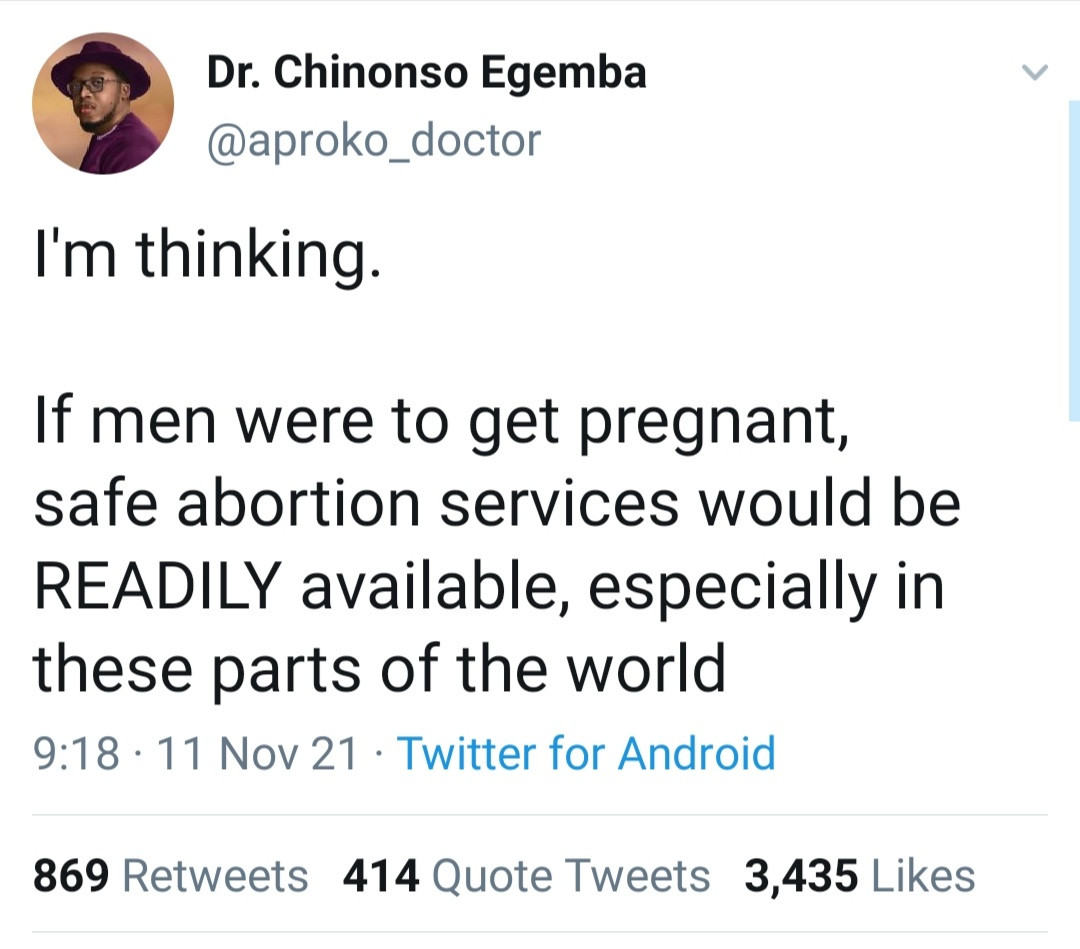 If men were to get pregnant, safe abortion services will be readily available in this particular area the world

Dr Chinonse Egemba, popularly known as Aproko Doctor, has said the approach to safe abortion in the world and especially in Africa would have been different if men were the ones who carry pregnancies.

He took to Twitter to share his opinion on the matter and it has led to a debate.

He tweeted: “I’m thinking. If men were to get pregnant, safe abortion services would be READILY available, especially in these parts of the world.”