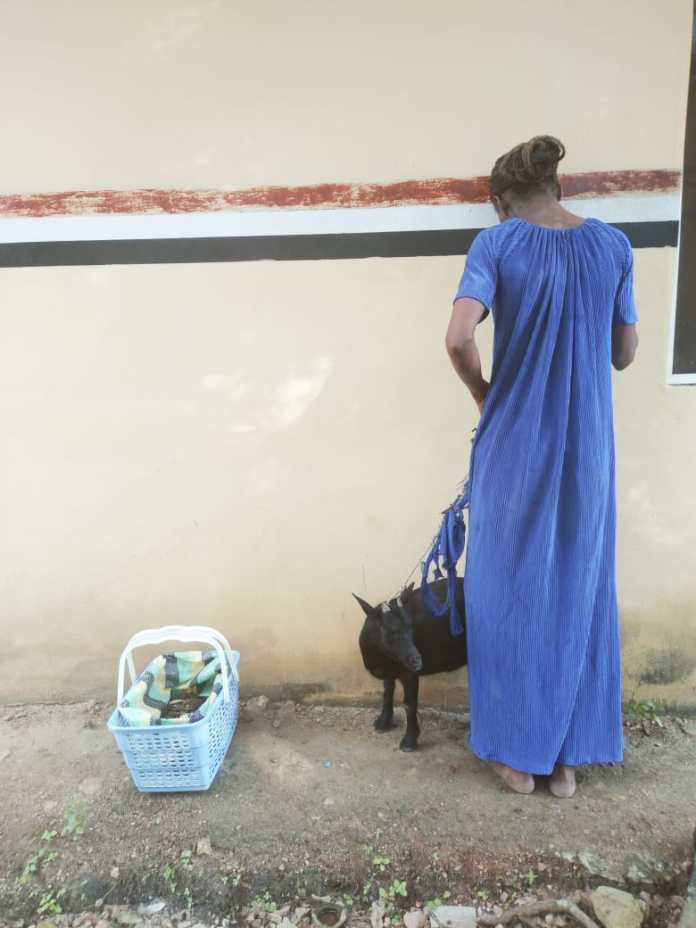 Mother of three almost lynched for stealing goat in Osun

Operatives of the Nigeria Security and Civil Defence Corps, NSCDC, Osun State Command, have rescued a mother of three, Adewole Suliyat from being lynched by residents of Ayepe area of Osogbo for stealing a goat.

The Command’s spokesperson, DSC Adigun Daniel, who confirmed the incident in a statement on Thursday, November 11, said members of the community have lodged complaints of missing domestic animals in recent times.

“On the 9th of November, 2021, one woman named Adewole Suliyat, F,30, a mother of three who claimed to be a trader and hails from Konda area, Ilobu, Irepodun Local Government of Osun State was caught by a neighbour at Ayepe Area in Osogbo where she came to steal a black goat,” Adigun stated.

“Taking the stolen she goat out of the community, she was challenged and upon interrogation she confessed to have stolen it. Residents of the area who were furious about the act pounced on her to avenge but for the intervention of the NSCDC personnel, Osun State Command, she was rescued,”

In her confessional statement she admitted to have committed the crime. She came all the way from Ilobu, Irepodun Local Government to Oke Ayepe, Osogbo Local Government.

“I have a peculiar way of catching the animals. I usually carry some dried peel of cassava in a plastic basket so when I look round and find no one in sight, I put down the basket. Goats find it attractive and while feeding on it I catch and tie them. Anyone I meet on the way would think I bought it from the owner,” the woman explained.

The PRO added that the woman will be charged to court after the investigation.