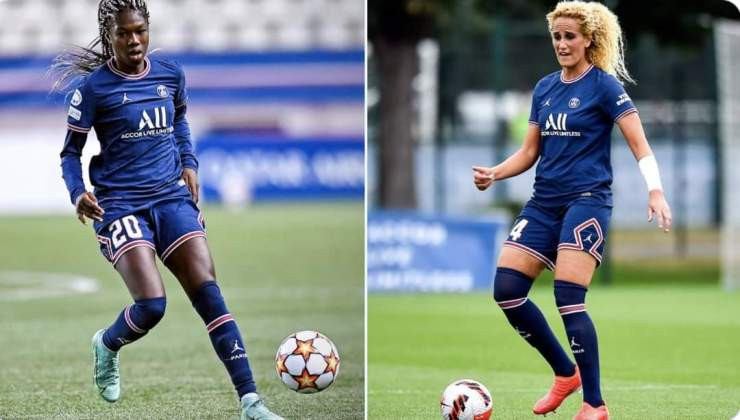 PSG had confirmed Diallo was taken into custody on Wednesday morning by the Versailles Regional Police Service “as part of the proceedings opened following an attack on the club’s players last Thursday evening”.

“The club remains alongside its players to enable them to overcome this ordeal and quickly regain serenity.

“Paris St Germain reiterates its confidence injustice to shed light on the events. The club thanks everyone for showing restraint, respecting the presumption of innocence and the privacy of the team.”

It was gathered that authorities were working on the theory that Diallo hired goons to put her talented rival out of action so she could take her place in PSG’s team.

Police have yet to identify the masked men who carried out the beating.

Hours before the attack took place, all PSG players and staff had attended a ‘bonding’ inner at posh restaurant Le Chalet des Iles, located on an island in the Bois de Boulogne, Paris.

After the meal Diallo had offered to drive Hamraoui and another player – Sakina Karchaoui – home to the nearby department of Yvelines, where all three live.

Diallo had just dropped Karchaoui off at her home around 10.30pm when the masked attackers approached the car and dragged Hamraoui out.

One of them allegedly shouted abuse at Hamraoui and beat her legs with an iron bar, while the other ‘detained’ Diallo but did not harm her.

The attack lasted ‘a few minutes’ before both of the men fled.

Hamraoui immediately contacted the head of security at PSG and the team’s assistant coach before going to hospital, where she received stitches.

She then missed team training sessions and an important Champions League match against Real Madrid on Tuesday night – with Diallo starting in her place.

At 6 am the morning after the match, Diallo was arrested at her home in Marly-le-Roi and taken into police custody.