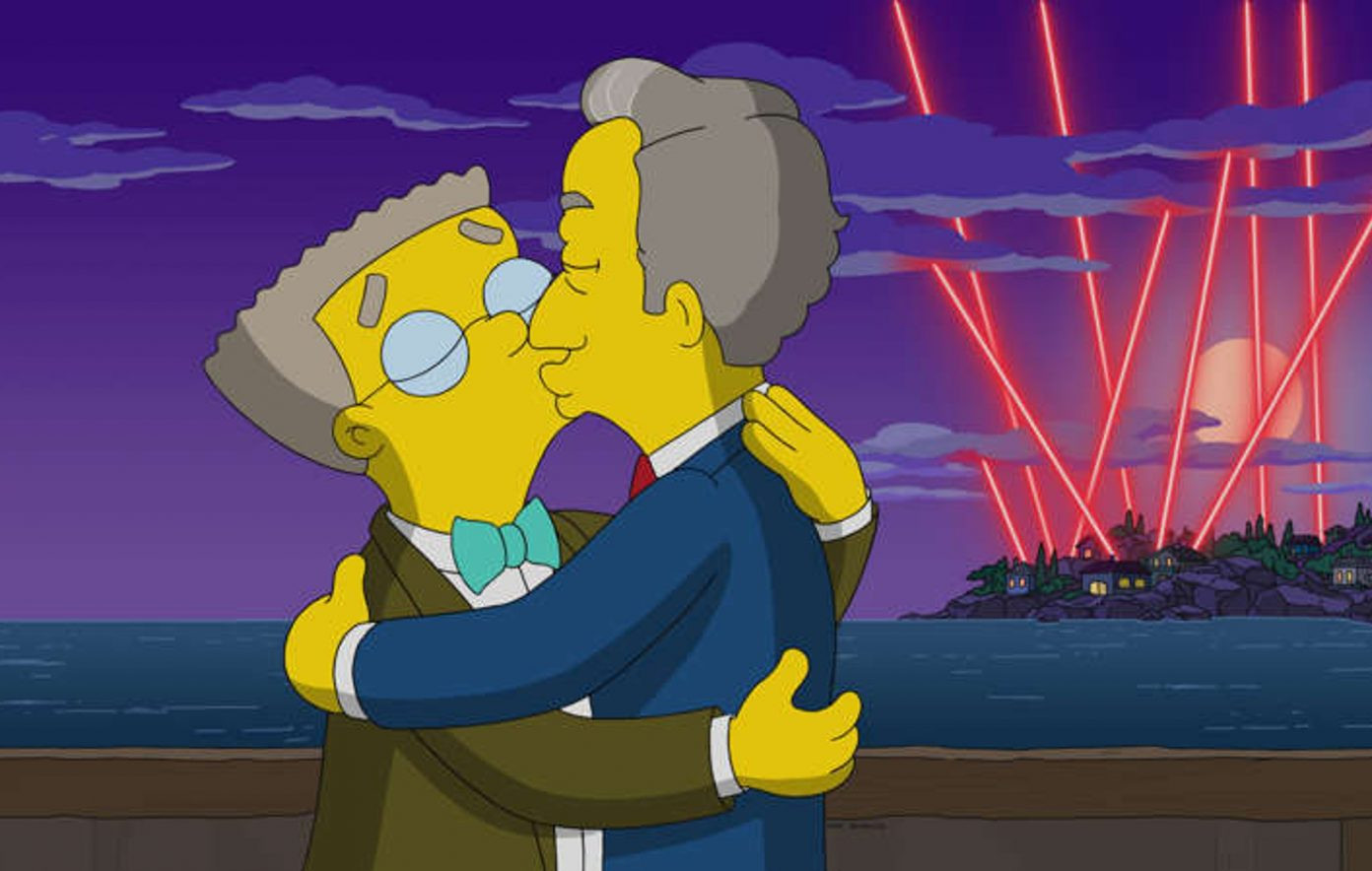 Waylon Smithers will find love with a new boyfriend in an upcoming episode of The Simpsons, which will explore a gay relationship on the show for the first time.

Even though casual Simpsons viewers knew that Smithers is gay and had been harbouring a crush on his boss since the show first debuted, it wasn’t until the 2016 episode “The Burns Cage” that Smithers officially came out publicly to Mr Burns and admitted his true feelings.

Five years after his love was rejected by Mr Burns, Smithers has seemingly moved on and is taking the next step in living his best life publicly – finding love. The buttoned-up sidekick will hook up with a new boyfriend, billionaire fashion mogul Michael De Graaf (voiced by Victor Garber) in a 21 November episode of the show.

The historic moment isn’t just big for the show, it is also a landmark moment for longtime series writer Rob LaZebnik and his gay son Johnny, who inspired Smithers’ coming out episode in 2016.

A synopsis for the episode, titled ‘Portrait Of A Lackey On Fire’, reads: “Smithers finds true love with a famous fashion designer, but will his new relationship destroy Springfield?”

Speaking to the New York Post, Johnny who has also worked on the Rugrats reboot at Paramount+, said:

“So often, gay romances are a subplot or alluded to or shown in some kind of montage or as a punchline.

“And what I think I was really excited about, with this episode, we get to see – without spoiling too much – the beginning, middle and who knows how it ends of a gay relationship, of really getting into the nitty-gritty of how gay people date, how they meet, what it’s like.

“That was really special to me to get to highlight characters who are not punchlines, who are fully formed.

“I know my dad is a comedy writer. I grew up with him — obviously, I know he’s a funny guy.

“But actually getting to sit down and write jokes with him was so much fun. And there were some moments where I was like, ‘Dad, that’s disgusting — we can’t put that on television,’ which I didn’t expect to be saying because I’m usually the disgusting one.

“We now have this piece of content that we put into the world together that is a combined brainpower of the two of us.”

Rob told the New York Post that it was “such a dream” to work with his son on the upcoming episode and to be “able to see how truly funny and talented he is”. He described himself as a “Midwestern guy” who doesn’t “tend to wear my emotions on my sleeve”, but he had written Simpsons episodes in the past as a homage to his son to show him how much he cared.