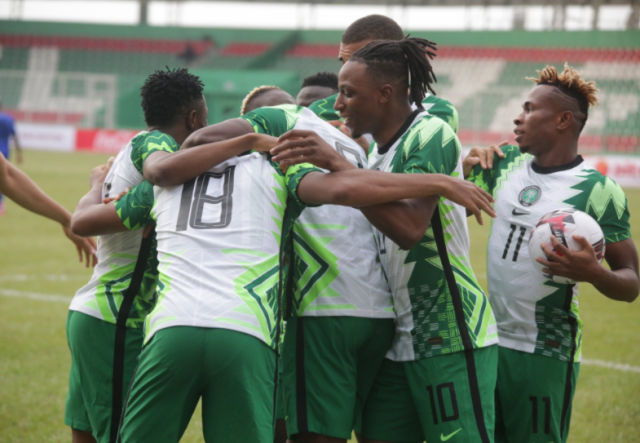 Nigeria has moved one step closer to booking one of the World Cup play-off spots after beating Liberia on Saturday in Tangier, Morocco.

Victor Osimhen and Ahmed Musa scored from the spot in the first and second half respectively to beat Liberia 2-0.

Napoli’s Victor Osimhen scored the first goal, which was a penalty for Nigeria after the Liberian goalkeeper brought him down.

In the second half, Substitute and captain Ahmed Musa scored the second goal for Nigeria, another penalty, with four minutes left to go in the match to give Nigeria a 2-0 victory.

The Eagles will need at least a draw in their last match against Cape Verde on Tuesday at the Teslim Balogun Stadium, Lagos, Nigeria if they are to qualify for the World Cup play-off.

Four killed as gunmen attack mourners at a funeral in Benue