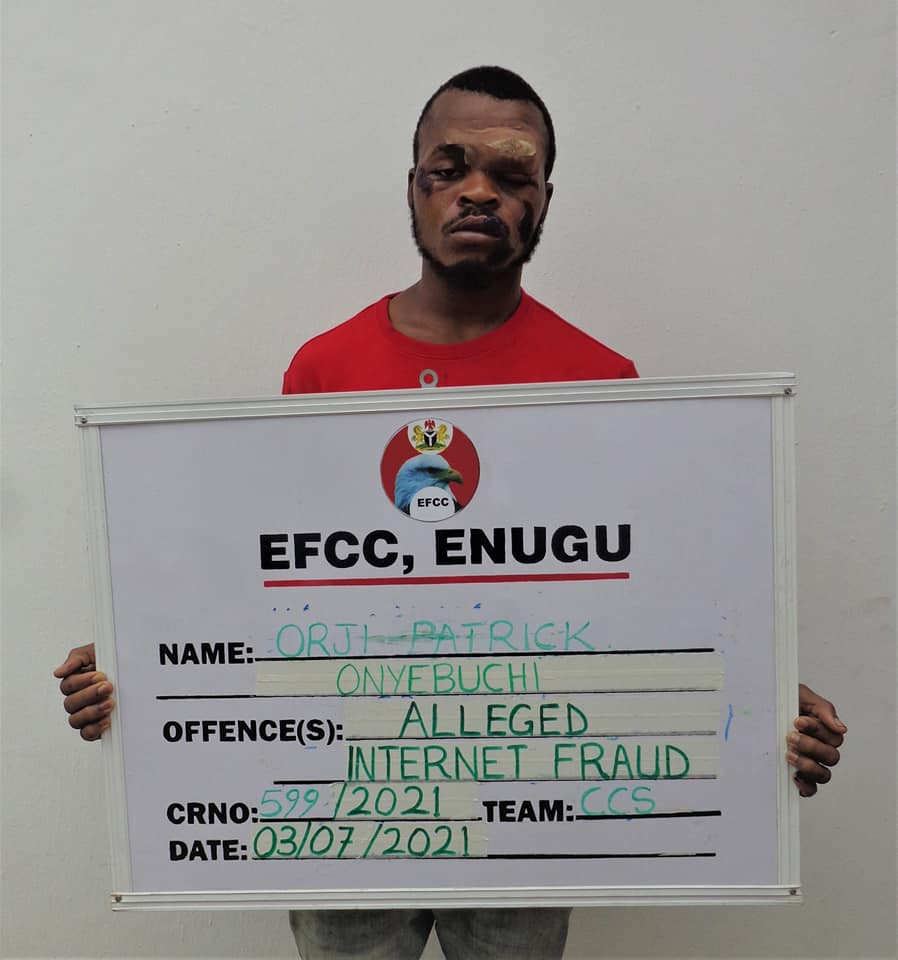 The Enugu Zonal Command of the Economic and Financial Crimes Commission, EFCC, has secured the conviction of 17 internet fraudsters before Justice I.M Buba of the Federal High Court sitting in Enugu.

They were arraigned on Thursday, November 11, 2021on separate one-count charges bordering on criminal impersonation and obtaining money by false pretences.

The charge preferred against one of defendants reads, “That you, ECHEBIRI IFEANYICHUKWU VICTOR, sometime in July,2021 in Enugu within the jurisdiction of the Federal High Court of Nigeria, fraudulently impersonated one MARILYN GUTLERVEZ from Los Angeles, through your fake Facebook account, with the intent to obtain money from unsuspecting foreign nationals by false pretence, and thereby committed an offence contrary to Section 22 (2)(b)(i)(ii)(iii) and punishable under Section 22(2)(b) of the Cybercrimes(Prohibition, Prevention, Etc )Act 2015”.

Justice Buba convicted and sentenced fifteen of them to one-year imprisonment each with an option of One Million Naira fine. They are also to forfeit their mobile phones to the Federal Government. Ohazuruike Christian was however sentenced to one-year imprisonment with an option of Five Hundred Thousand Naira fine. He is also to forfeit an Infinix mobile phone to the Federal Government.