“My life depends on that money” – Man calls out singer, Teni over N100k promise (video)

A young Nigerian man has taken to social media to call out popular singer, Teni over an alleged N100k promise.

According to the man, in September 2021, Teni who was in Ibadan for an event, promised him the sum of one hundred thousand naira (N100,000) while performing on stage, but is yet to deliver on the promise. 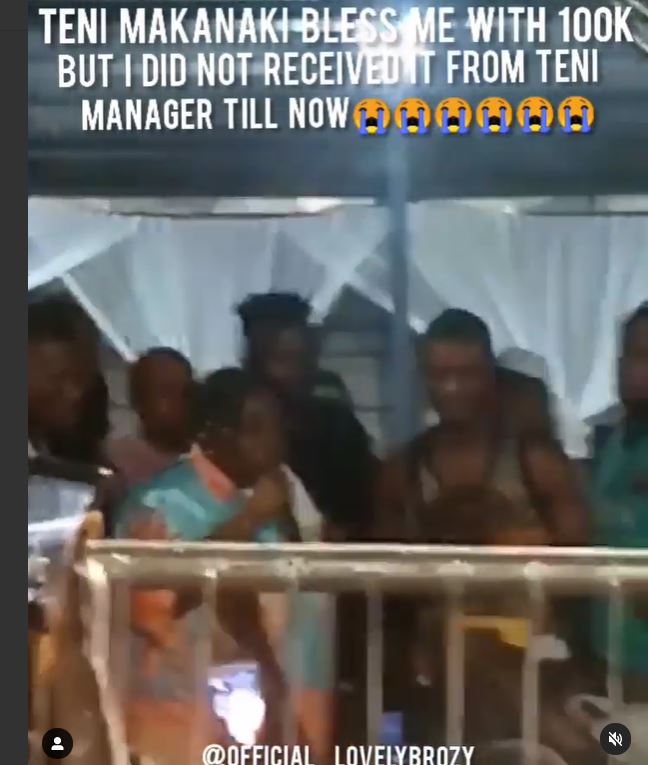 The fan said he called the manager’s number the next day but he gave an excuse that the singer was busy and would get back to him when she is less busy.

He disclosed that he called back the following day and was told the same excuse and after that, the manager refused to pick up his calls or reply his messages, even after sending numerous messages stating that his family was depending on that money.

To backup his claims he shared a footage which captured the moment the singer promise him the money on stage. 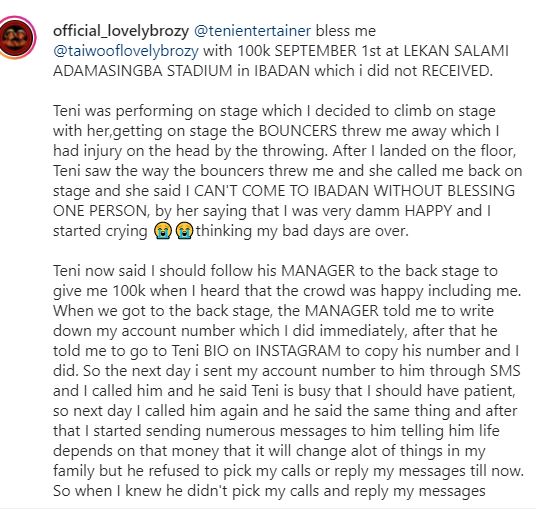