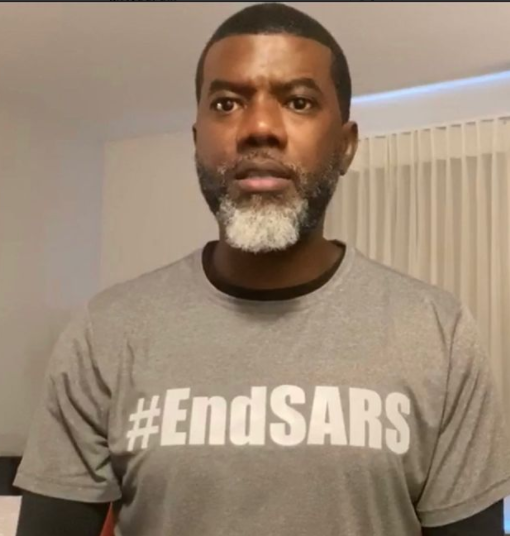 From the desk of Reno Omokri

While reacting to the revelation in the released report of the Lagos State Inquiry on the Lekki tollgate shooting, Reno Omokri wrote;

”Can everybody who doubted and insulted me when I said that the Satellite Sentinel Project was able to prove that the Nigerian Army, under the DIRECT command of Buratai and Buhari, killed innocent, peaceful, and unarmed protesters during the #EndSARS #LekkiMassacre now apologise to me? Go back and watch or listen to my video on the very day the massacre occurred. The Lagos State Panel on SARS has vindicated me. Muhammadu Buhari, as long as I am alive, you will retire to prison, not to Daura. Cowardly man like you that only has balls when you have a gun. Murderer. Olodo without WAEC! May God punish you and Buratai!”

#EndSARS: Lairs claimed that DJ Switch had the resources to doctor a live IG video, they should hang their heads in crying shame