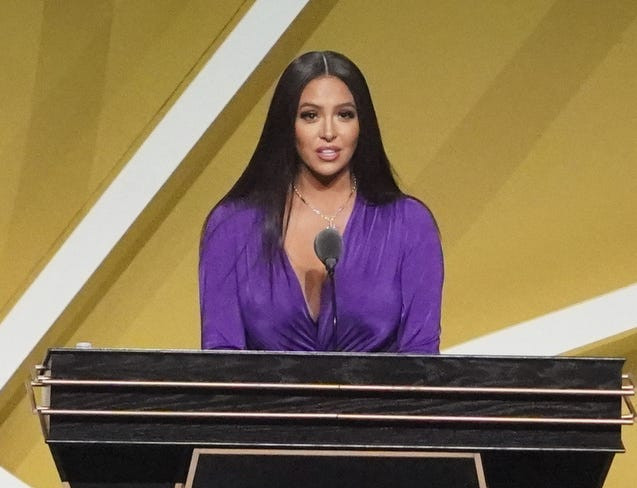 A federal magistrate judge has ruled that Kobe Bryant’s widow must turn over her private therapy records to Los Angeles County as part of her lawsuit against the county over photos of her dead husband and daughter.

“The requests are plainly relevant to the claims and defenses herein and, as narrowed by this order, the requests are proportional to the needs of the case,” Eick wrote in his ruling.

Bryant is suing the county for invasion of privacy, alleging that county first responders improperly shared photos of human remains from a helicopter crash last year that killed nine, including the NBA legend and her daughter. She is seeking damages from the county because she claims to have suffered emotional distress because of it.

But the county is fighting back by suggesting that her emotional distress was caused by the deaths of her family members and not anything that county sheriff’s and fire department workers did with photos afterward.

To defend itself on this point, the county asked the judge to grant its request to obtain her therapy records as the case heads to trial in February. The county claims no photos were publicly disseminated beyond isolated incidents at a bar and an awards show event.

“This effort should be seen for what it is: an attempt to bully Mrs. Bryant into dropping her case to avoid her private therapy records being brandished in open court and reported on by media outlets,” an attorney for Bryant, Mari Saigal, wrote in a court document filed Friday.

The judge ruled against her, saying the county’s “purpose in seeking this discovery appears neither abusive nor harassing.” He stated that an existing protective order in the case would protect her privacy interests. He also wrote that Bryant “waived her psychotherapist-patient privilege by placing into controversy the reportedly extraordinary, continuing emotional distress allegedly resulting from (county) Defendants’ photograph-related actions or inactions.”

The county has expressed sympathy to Bryant for her loss but also made clear why it was going after her therapy records.

“When a plaintiff puts her mental condition at issue and demands compensation for severe emotional distress, like Plaintiff has done here, she opens the door to discovery about her mental health,” said a filing last week from the firm Miller Barondess, the county’s outside counsel.

“The County’s request for Plaintiff’s therapy records is not an intimidation tactic, as Plaintiff argues; it’s a routine part of discovery in emotional distress cases. Mrs. Bryant is the widow of one of the greatest and most beloved athletes of all time. She is obviously not a typical plaintiff. But the rules of discovery apply equally to all litigants; there are no special exceptions for the rich and famous.”

Skip Miller of Miller Barondess also issued a statement Monday after the ruling.

“The County continues to have nothing but the deepest sympathy for the enormous grief Ms. Bryant suffered as a result of the tragic helicopter accident. We are gratified that the Court has granted our motion for access to her medical records, as it is a standard request in lawsuits where a plaintiff demands millions of dollars for claims of emotional distress.”

#EndSARS: All of you that defended that barbaric act should know that there will be a day of reckoning