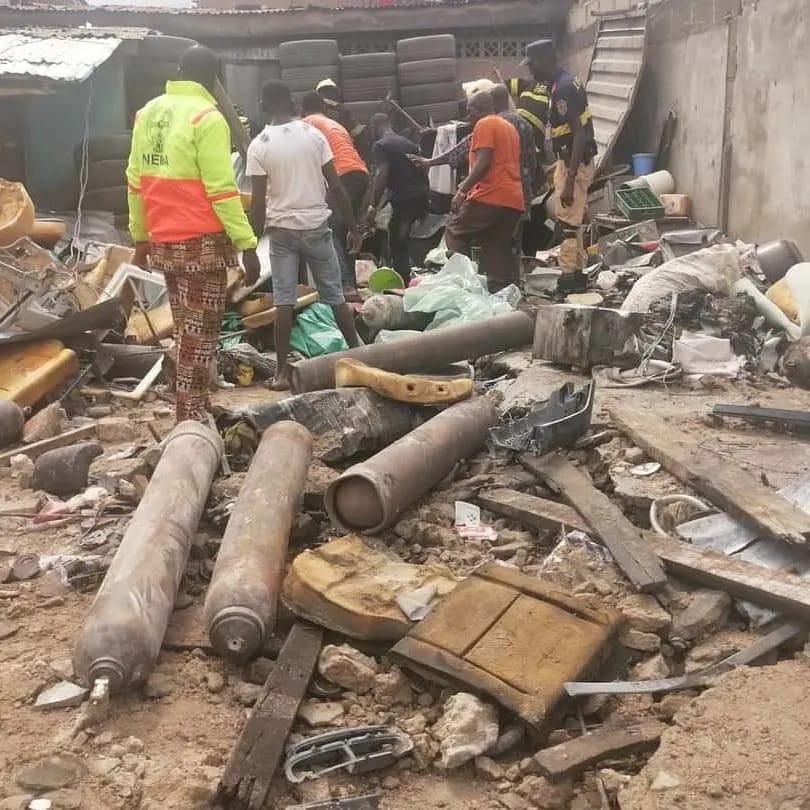 ”The Agency’s Response Team, Eagle Squad at Cappa have been deployed to a fire outbreak at Ojekunke Street, Ladipo Mushin today, Tuesday, 16th 2021.

On getting to the scene, the Response Team discovered an open land with shanties and shops where gas cylinders are stacked.

Further investigation revealed that the gas ignited and exploded.

However, the Agency’s Team and its Fire Unit and Lagos State Fire & Rescue Service and Lagos Neighbourhood Safety Corps, LNSC, have been able to put the fire under control and the fire men are blanketing the affected area.

Unfortunately, three male adults have lost their lives to the incident.

The DG/CEO LASEMA, Dr. Olufemi Oke-Osanyintolu appeals to all residents in the area to remain calm and be cautious of their surroundings as the Responders are working better together to subdue the fire.

“I kuku made money with your name” – Singer, Fireboy trolls Peruzzi after losing a FIFA bet