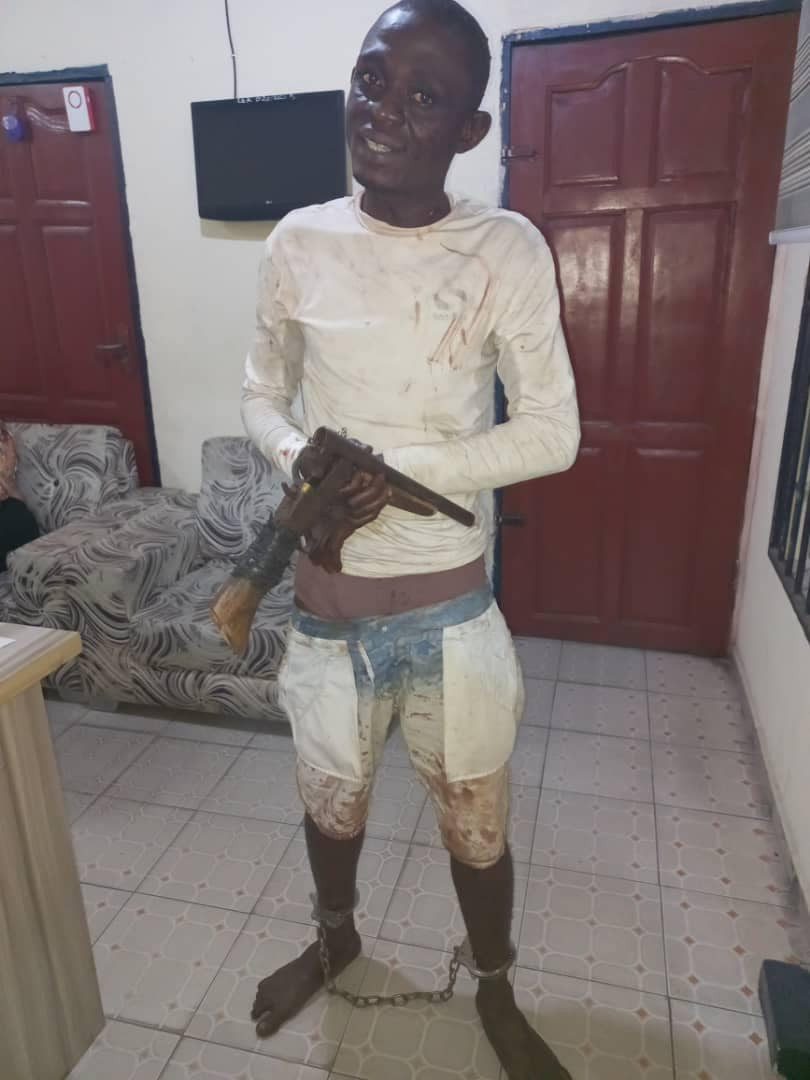 Operatives of the Delta State Police Command have arrested a robbery suspect and recovered one locally-made gun with two live cartridges from him.

Spokesperson of the command, DSP Bright Edafe, in a statement on Tuesday, said that the suspect identified as Ovie Maxwell, 25, was arrested by operatives from the Ekpan Divisional Police Station on Monday at about 5pm.

The arrest followed a tip-off that a young man was being robbed by a gang of two suspected armed robbers on the way to work with his brother.

“On 15/11/21 at about 0700hrs, information got to the DPO Ekpan Police Station that a young man (name withheld) of refinery road Ekpan was being robbed by a gang of two suspected armed robbers,” the PPRO stated.

“The incidence occurred on same date while the victim and his younger brother were going to work. The DPO Ekpan quickly detailed operatives to the area. The team on getting to the scene engaged the robbers in a gun duel along NPA express way by Niger Cat Ekpan, one of the robbers escaped while the other suspect named Ovie Maxwell 25 years old of Ekpan community was arrested and one locally made gun with two live cartridges were recovered from him. Manhunt for the fleeing suspect is ongoing.”

UNILORIN student who beat lecturer to coma has been expelled