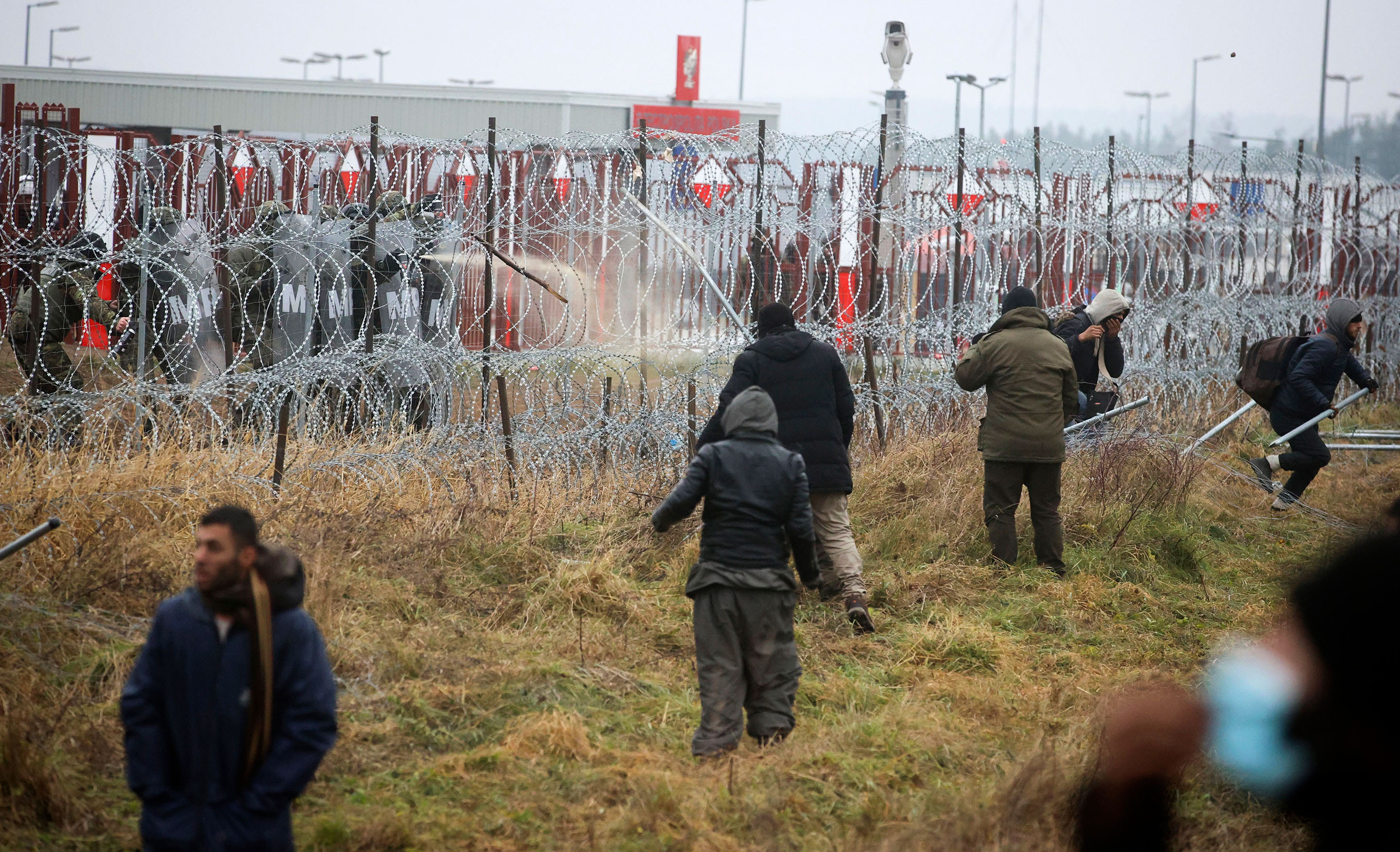 Tensions have been building along the European Union’s eastern front for weeks as thousands of migrants, mainly from the Middle East, have flown to Belarus in the hope of finding a path into the EU.

The E.U. member states that share a border with Belarus — Latvia, Lithuania and Poland have accused Aleksandr G. Lukashenko (pictured below), the Belarus leader, of planning a “hybrid attack” on their borders using human beings as weapons.

After several nights of tense standoffs between the migrants and border forces, tensions flared on Tuesday morning.

Polish authorities, in a series of Twitter messages, said that border guards at the Kuznica-Bruzgi crossing had been assaulted by people throwing “stones, bottles and logs” and firing “stun grenades.”

“The entire aggressive behavior is coordinated by Belarusian services and monitored by drones,” the Polish authorities said, posting videos of the confrontations.

“As a result of an attack by people inspired by the Belarusian side, one of the policemen was seriously injured.”

The officer was being treated at a hospital for what was believed to be a skull fracture, the authorities said.

The Lukashenko government has denied allegations, including from the United States and NATO, that it has engineered the crisis and is directing the movement of the migrants with help from Russia

“We cannot let this so-called problem lead to heated confrontation,” Mr. Lukashenko told a government meeting on Tuesday, according to Belta, the state news agency.

“The main thing now is to protect our country and our people, and not to allow clashes,” he added.

The number of migrants at the border started to grow after Belarus eased its visa rules in August. The EU and US  say that Lukashenko — who is facing E.U. sanctions for his brutal crackdown on the political opposition and the forcing down of a Ryanair flight over Belarus to arrest a dissident journalist is using migrants to gain political leverage over the bloc.

Watch the confrontation below

Water cannon and tear gas at the Belarus-Poland border this morning. Chaotic scenes. This is what we saw. Camera @mattgodtv Producer @BBCWillVernon @BBCNews @BBCWorld pic.twitter.com/dyTRevu2fY