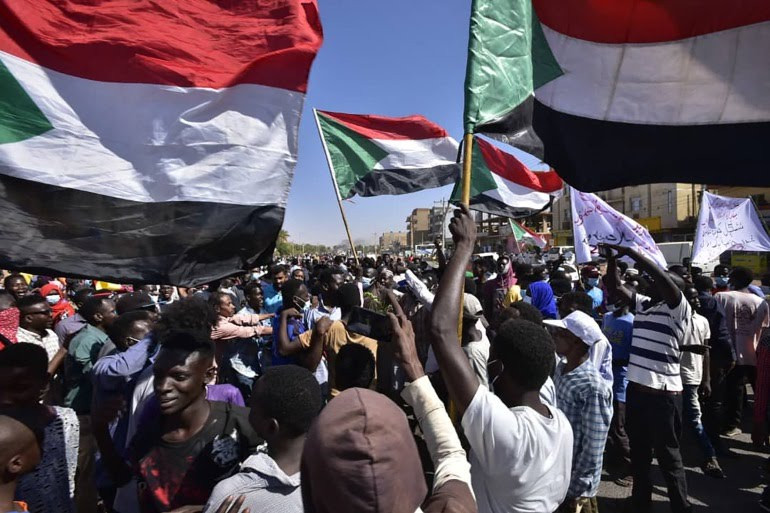 Thousands of demonstrators marched on the streets of Khartoum and its twin cities of Bahri and Omdurman, in protest after the military took over government last month October.

They were met by security forces who fired live bullets and tear gas after mobile phone communications were cut earlier in the day, witnesses told Reuters.

The group later reported that a further five people had been shot dead, two in Khartoum and three in the city of Bahri, bringing the total to 10 while 70 protesters were injured during the pro-democracy protests.

According to Reuters, protesters in Khartoum burned tires and chanted: “The people are stronger, and retreat is impossible.”

Others carried pictures of people killed in previous protests and of Abdalla Hamdok, the civilian prime minister who was placed under house arrest during the coup, with the slogan: “Legitimacy comes from the street, not from the cannons.”

One demonstrator in Bahri told Reuters that the air was thick with tear gas and that security forces were using rubber and live bullets.

“The main meeting points were completely occupied by security forces,” said the demonstrator, who asked not to be identified.

Mobile internet services in Sudan have been suspended since the coup last month, making it hard to organize anti-military rallies, strikes and carry out civil disobedience.