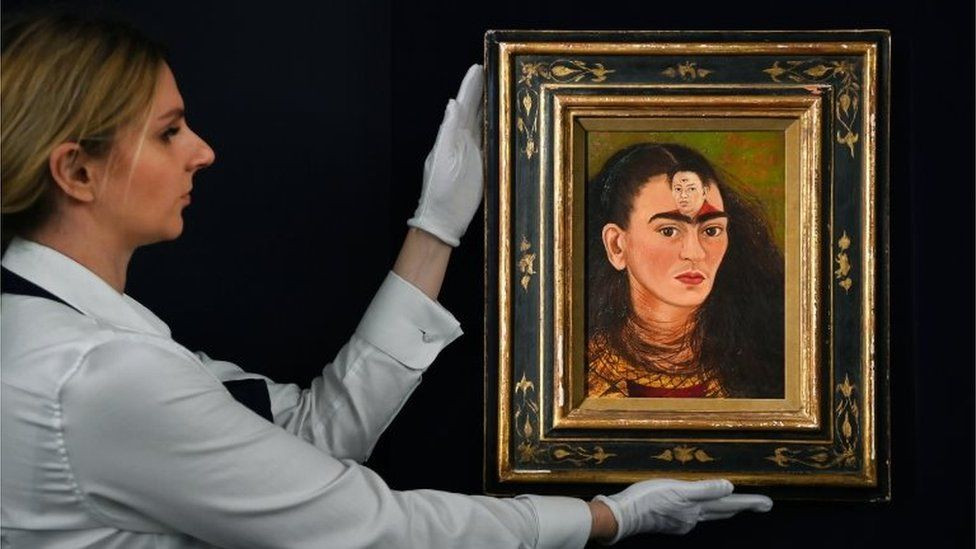 A painting by iconic Mexican artist, Frida Kahlo has sold in New York for a record $34.9m (£25m).

Kahlo’s painting “Diego y Yo” was one of her final self-portraits.

The work depicts a tearful Kahlo with her husband Rivera painted above her eyes.

The artwork auctioned at Sotheby’s auction house is now officially the highest price paid at auction for a Latin American artwork.

The record had previously been set by a work by Diego Rivera, whom Kahlo was in a relationship with for a decade.

It was described by Sotheby’s at the auction on Tuesday as “one of the most important works by Kahlo ever to come to auction”.

The buyer, Eduardo F. Cosantini, founded a museum in Argentina, according to the New York Times.

Kahlo, widely regarded as one of the greatest painters of the 20th Century, was famed for her intimate self-portraits reflecting pain and isolation.

She lived from 1907 to 1954 and proudly promoted indigenous Mexican culture through her art.

Her artworks showcased her painful relationship with her body, disabled through childhood polio and severe injuries following a bus accident.