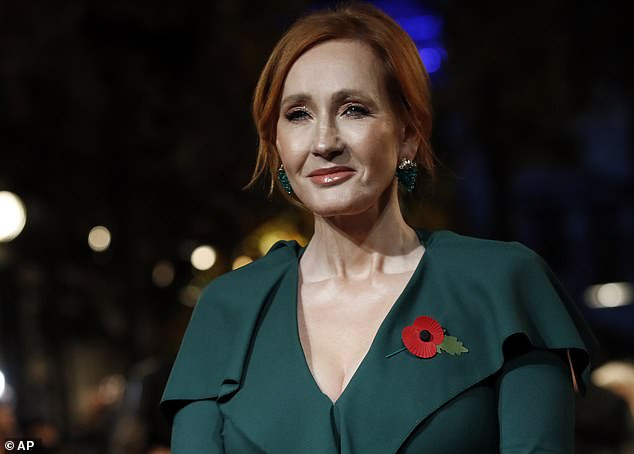 HBO Max announced on Tuesday, November 16 it would bring together the cast and crew members from all eight Harry Potter films for a retrospective special entitled ‘Harry Potter 20th Anniversary: Return To Hogwarts.’

The press release said it would feature its stars Daniel Radcliffe, Emma Watson and Rupert Grint – who have not made a public appearance together since the premiere of the last premiere of the franchise, Harry Potter And The Deathly Hallows Part 2, in July 2011, as well as filmmaker Chris Columbus, who directed the blockbuster film.

But the press release skipped out JK Rowling, who is responsible for the creation of the Harry Potter characters.

According to TMZ, sources say Rowling will be shown in archival footage from the creation of the first movie, but will not make a new appearance in the special.

In June 2020, JK Rowling took to Twitter to criticize an opinion piece that called women ‘people who menstruate’ instead of using the women.

‘I’m sure there used to be a word for these people,’ she tweeted at the time. ‘Someone help me out. Wumben? Wimpund? Woomud?’

She then continued with a thread discussing biological sex.

‘I know and love trans people, but erasing the concept of sex removes the ability of many to meaningfully discuss their lives.’

Rowling later clarified that she respects ‘every trans person’s rights to live any way that feels authentic and comfortable to them,’ and went on to say she would march ‘if you were discriminated against on the basis of being trans.

‘At the same time, my life has been shaped by being female,’ Rowling said, the Associated Press reported at the time. ‘I do not believe it’s hateful to say so.’

Then, in September 2020, it was revealed the the villain in her latest book, Troubled Blood – written under Rowling’s pseudonym Robert Galbraith – is a male serial killer who dresses as a woman to slay his victims.

An early review of the 900-page book by The Daily Telegraph – in which the critic states the book’s ‘moral seems to be: never trust a man in a dress’ – sparked immediate backlash online from the trans community.

Furious readers rushed to Twitter to share their thoughts, making #RIPJKRowling trend in the UK accusing her of being transphobic.

Reactions as Rudeboy celebrates his brother, Peter and wife on their anniversary days after ending rift