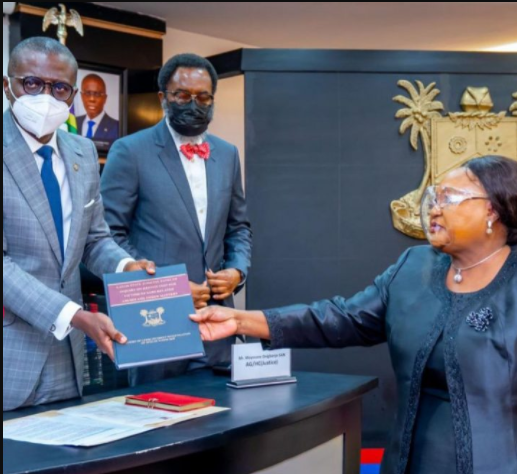 #EndSARS report: Those behind Lekki shooting must face justice

The Peoples Democratic Party PDP has asked the federal government to prosecute those indicted in the Lagos #EndSARS panel report.

This comes the panel submitted its report to the state government, confirming that protesters who were shot at the Lekki tollgate were killed and described the ordeal as a “massacre”.

The panel listed 48 victims of the shooting while recommending that police officers and soldiers who were deployed to the scene be punished.

It was also stated in the report that security operatives who were at the scene, prevented ambulances from reaching injured demonstrators.

Commenting on the report in a statement issued on Tuesday, Kola Ologbondiya, PDP’s spokesperson, said the findings “strengthened the fact that the All Progressives Congress (APC) is running a murderous and oppressive regime that has no regard for life”.

“The report of the Lagos EndSARS panel, which confirms the massacre of Nigerian youths in Lekki, has further shown the APC and its government as bloody liars whose hands are stained with the blood of our innocent compatriots,” the statement reads.

“It is now clear that no matter how much the wicked strive in denial, the truth will always prevail. Therefore, the blood of our innocent youths killed by agents of the APC and its administration must not be shed in vain. Those responsible for these callous acts must be made to face justice. Of course, all those whose hands have become bloodstained will never know peace.

“The PDP hereby invites Nigerians to stand for our slain compatriots by ensuring that those behind the massacre of our youths as well as their supporters in government have their days in the dock. The nation must ensure that such individuals are brought to book for their act of wickedness to humanity.

“In this regard, our party insists that all those indicted by the panel should be arrested, prosecuted and dealt with in accordance with our laws.”

‘Nobody has said anything about the magistrate’

Restructuring the country is better than secession