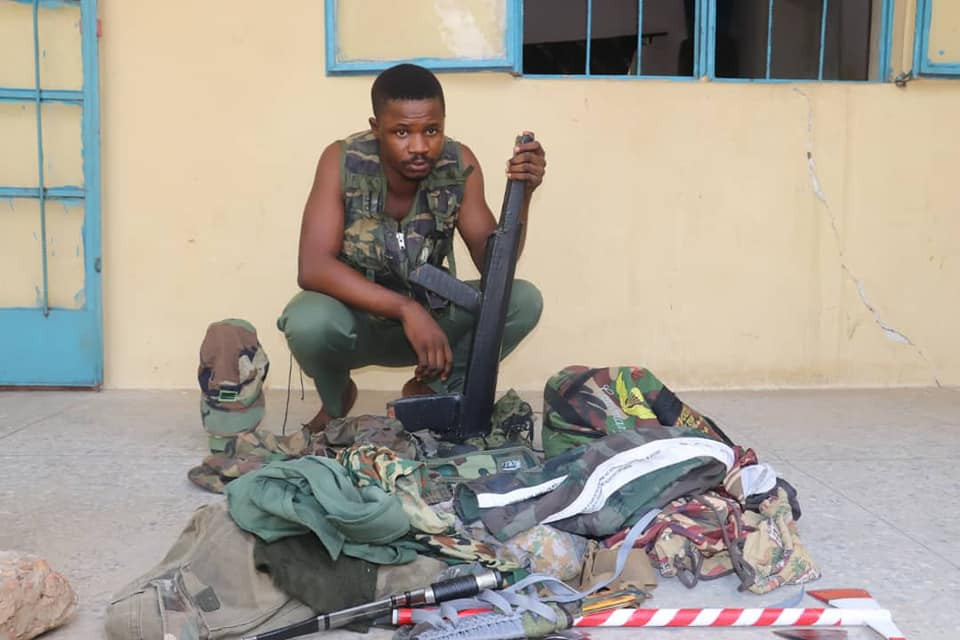 Operatives of the Niger State Police Command have arrested a fake soldier, Emmanuel Dominic, 24, of Tungan area of Minna.

Spokesperson of the command, DSP Wasiu Abiodun in a statement on Wednesday November 17, said the suspect was arrested by operatives attached to Maitumbi Division.

The PPRO said the suspect dressed in Nigerian Army camouflage, went to the Police Division on October 27, and paraded himself as a soldier of Nigerian Army with service no. 05313 attached to TRADOC, Minna to secure the release of his friend in police custody.

“During interrogation, the suspect was discovered to be a fake soldier and subsequently arrested and later confessed that he had been a barrack boy of Army barrack Minna. He also claimed that the uniform in his possession belongs to his late father whom he said was a soldier,” Abiodun stated.

The suspect is equally suspected to have been robbing victims in Minna and its environs with the wooden carved gun, jackknife and the axe.

Singer Davido asks his friends to send him N1million each (video)