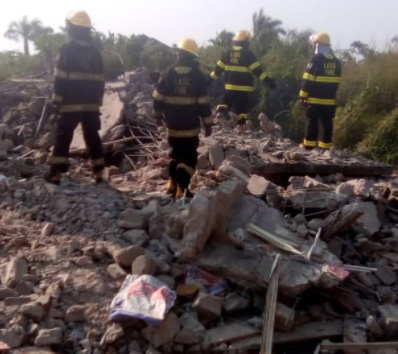 Five injured as building under construction collapses in Lagos (photo)

A statement released by the Director of the Lagos State Fire and Rescue Service, Badagry Station, Margaret Adeseye, says concerted efforts are ongoing to rescue remaining trapped victims. She mentioned that the victims which are mainly construction workers were rescued with varying degrees of injury but are in stable condition after being taken to nearby hospitals for treatment.