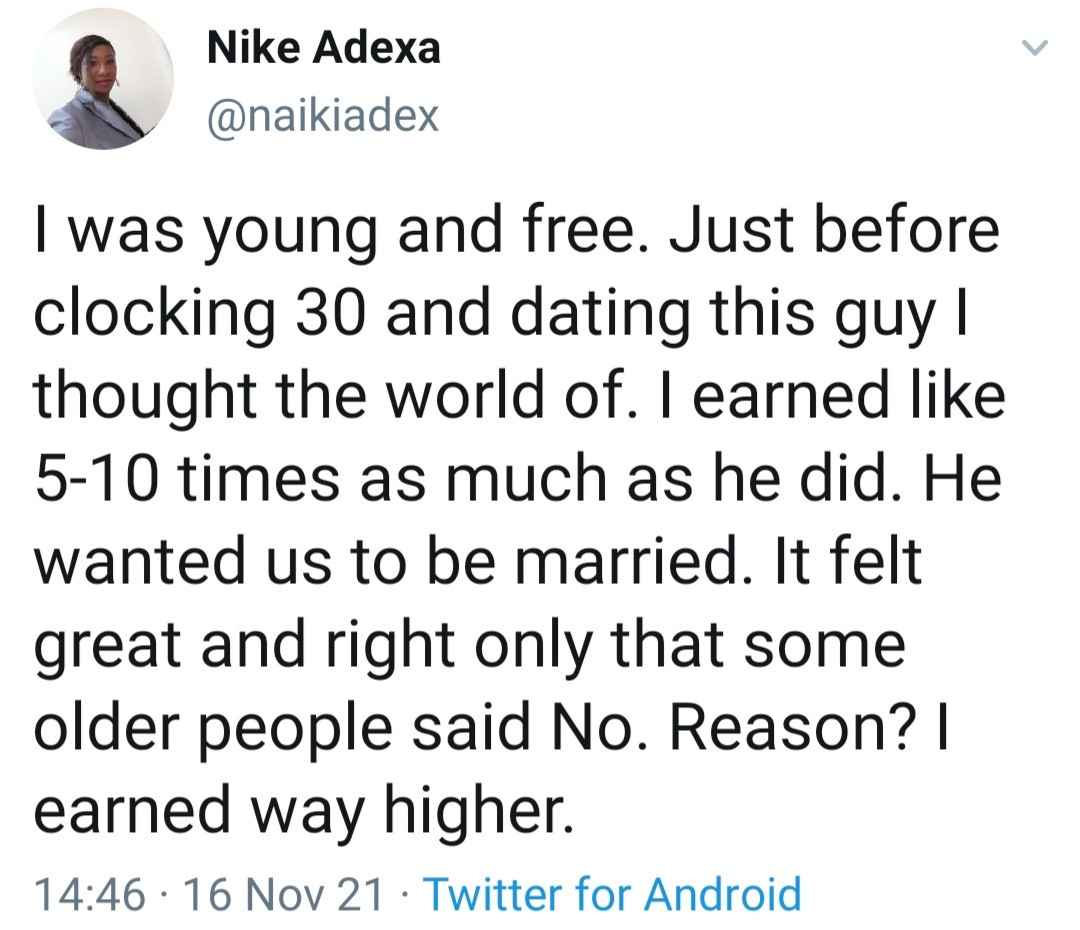 A woman who ignored her relatives’ advice and warnings and went ahead to marry a man she earns more than has told of how her relationship went.

She said she met a man she earns more than and chose to marry him because she loved him.

She said everyone warned her but she wouldn’t listen because she wondered what earning power had to do with marriage when there was love.

But, only 6 months in, she said the man wanted her to fund his projects and expected her to give him loans. She also said he took offense because she wanted him to double his career steps rather than live off her.

She added that abuse started then and when she chose she couldn’t take it anymore and had to leave, he employed emotional blackmail.

She then added that money is the number 1 cause of most divorces then shared tips on how couples can navigate in marriages where the woman earns more than the man.