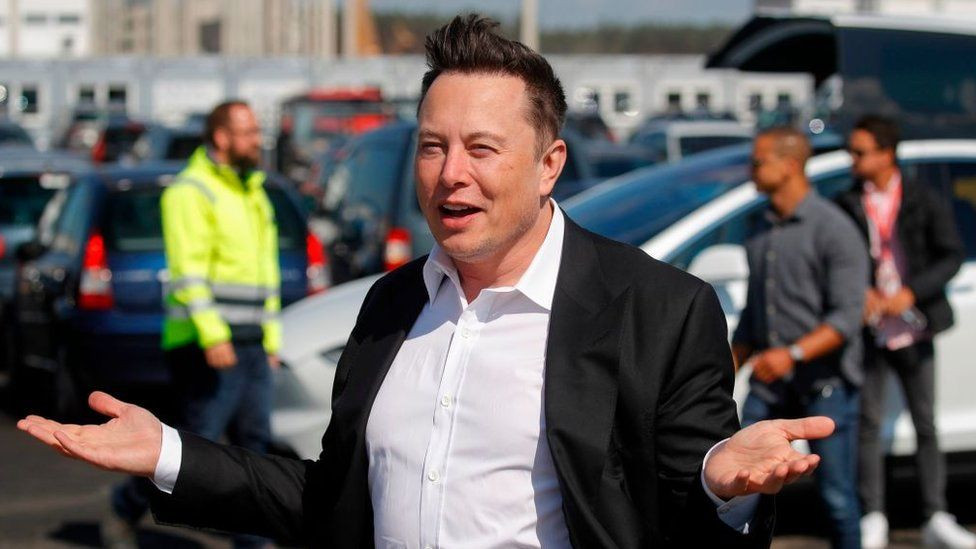 The bank accused Tesla of “flagrantly” breaching a deal it claims should have triggered payments to JP Morgan.

Musk’s tweets that he had gotten funding to take Tesla off the New York stock market sparked volatility in the share price of Tesla.

After he was criticized for sparking market fears, Musk later abandoned the move and was fined by the US Securities and Exchange Commission, for misleading the market. Musk denied the charges, but eventually agreed a settlement that led to him stepping down as chairman of the carmaker. He and Tesla paid $40m in penalties.

JP Morgan’s suit, filed in a Manhattan federal court, says the companies had an agreement signed in 2014 that allowed the bank to buy Tesla shares at a set price and date.

Under the 2014 deal, Tesla sold so-called warrants to JP Morgan allowing the bank to purchase shares if the “strike” price was below Tesla’s share price when the warrants expired in June and July 2021.

“We have provided Tesla multiple opportunities to fulfil its contractual obligations, so it is unfortunate that they have forced this issue into litigation,” a spokesperson for JP Morgan said in a statement on Wednesday, November 17.

JP Morgan said the warrants contained standard provisions that allowed it to adjust their price to protect both parties against the economic effects of “significant corporate transactions involving Tesla,” such as an announcement the company was going private.

Musk’s tweet on 7 August 2018 that he might take Tesla private with a share price at $420 per suggested he had gotten funding from JPMorgan. But Musk scrapped the plan 17 days later.

Tesla’s share price rose approximately 10-fold by the time the warrants expired this year, and JP Morgan said this required Tesla under its contract to hand over shares of its stock or cash.

Failure to do so, said JP Morgan, amounted to a default.

This is not the first time that the world’s richest man is causing price volatility with his tweets.

Only this month the billionaire caused a stir when he asked his followers in a twitter poll whether he should sell 10% of his Tesla shares. The vote was ‘yes’.

The Future Of Cryptocurrency – YabaLeftOnline

Reactions as Rudeboy celebrates his brother, Peter and wife on their anniversary days after ending rift