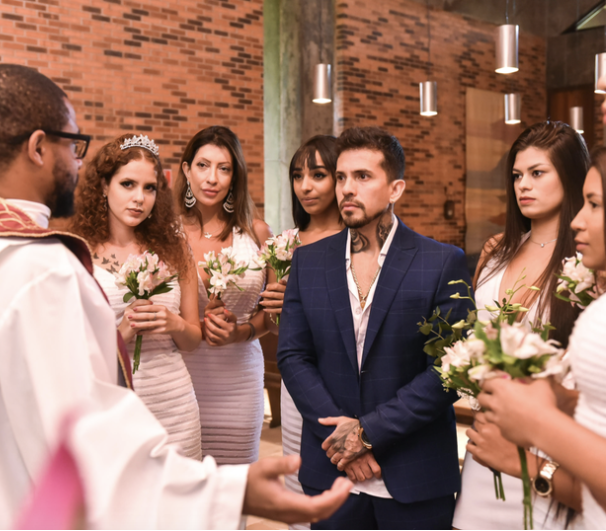 The wedding took place in a Catholic church in the city of São Paulo.

Arthur was previously only married to wife Luana Kazaki, with the pair already going on a honeymoon together.

However, they decided to formalise the marriage with nine other women to celebrate free love and protest against monogamy.

Arthur and his first wife Luana are swingers and are known for their love of stripping off.

The couple gained notoriety by sharing naked photos from their honeymoon in a liberal French town, in Cap D’Agde.

In the controversial French city, the wearing of clothes is prohibited, and both enjoyed the trip completely naked in various tourist spots in the city.

Multi-millionaire founder of US tech company accused of grooming and sexually harassing his friend’s daughter, 23,