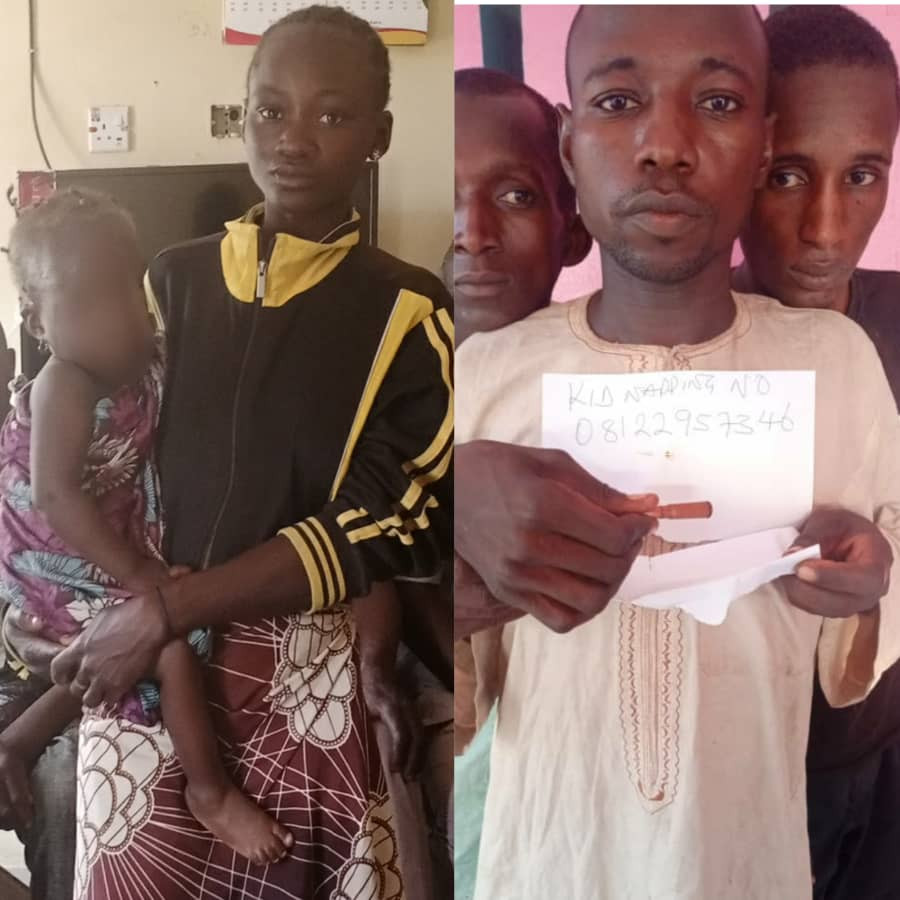 Men of the Adamawa State Police Command have rescued a Nursing Mother and her Child  (Jimrewa Las and Grace Las) from their abductors.

A statement released by the spokesperson of the state police command, DSP Suleiman Nguroje, states that the victims were rescued unharmed after a gun battle between the operatives and the kidnappers during which the suspects were wounded and escaped with bullet wounds.

In a related development, officers attached to state intelligent Bureau (SIB) and Members of Miyetti Allah (MACBAN) in a joint operation on November 12, arrested three suspected kidnappers in their hideout in Balhoni Hills in Fufore Local Government Area.

The suspected kidnappers earlier abducted one Ali Yusuf of Kadarbu village in Fufore LGA and demanded Two Million Five Hundred Thousand (N2.5million) naira as ransom via a letter of threat attached with a live ammunition to the relatives of the victims. The names of the arrested suspects are Samaila Tukur 30years, Dawe Yunusa 28years and Abdullahi Adamu 25years all residents of Kadarbu village, Daware district, Fufore local government.

Ngoroje said the Commissioner of Police, CP Mohammed Ahmed Barde assured the Government and good people of Adamawa state that the Command shall continue to do all within its powers to guarantee a stable security across the State.