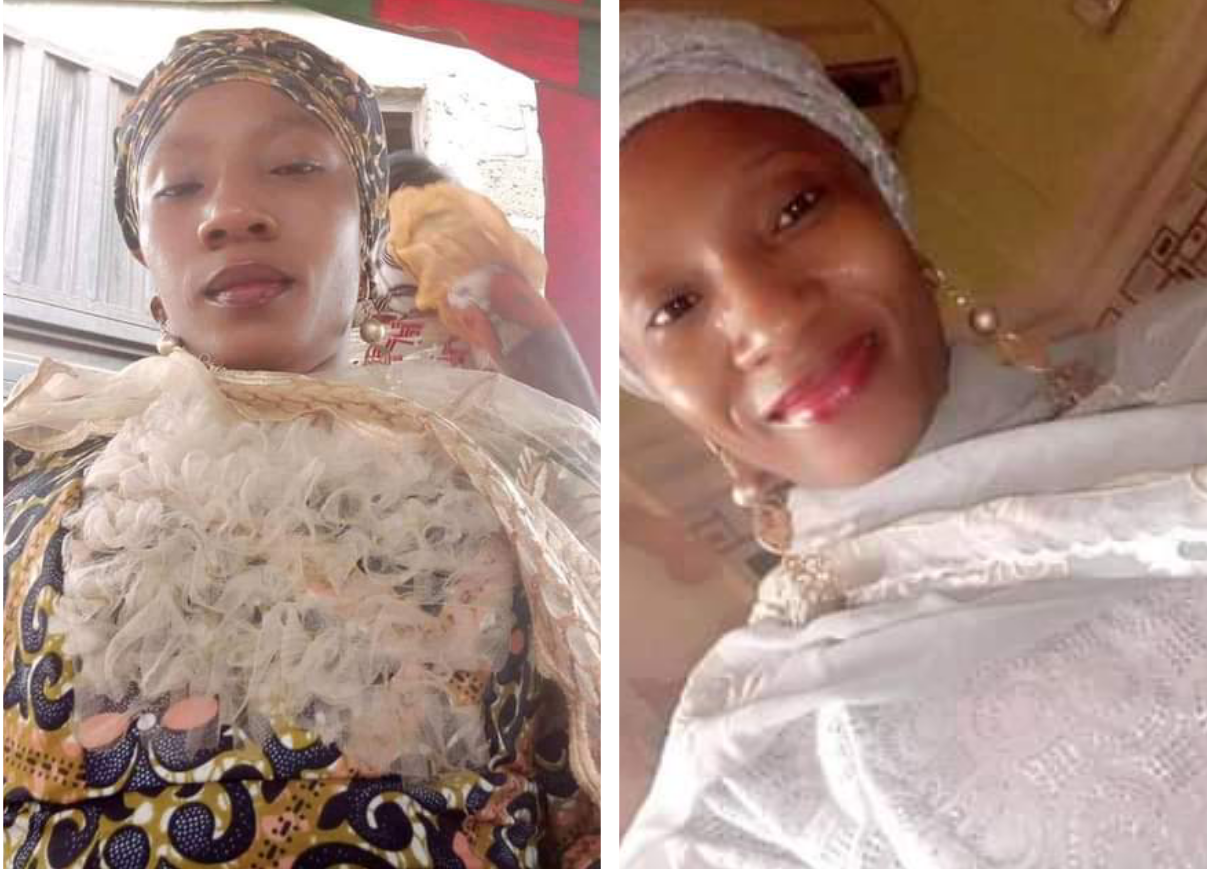 A woman identified as Sekinat Adesanya, has been killed by suspected robbers in Ogun state.

The incident happened around Moro community, close to Odokekere, in the Sagamu Local Government Area of the state at about 5:30 am on Saturday, November 13.

According to Punch, the deceased was on her way to join in the preparation for a family member’s wedding ceremony when two hoodlums attacked her.

The hoodlums slit her throat with knife, dispossessed her of her phone and other valuables and fled on a motorcycle.

Residents, who heard Sekinat’s scream for help during the scuffle rushed to her aid and found her in a pool of blood.

Sekinat’s husband, Isa, a car programmer, said that she died shortly after the attack.

He urged the police to conduct a thorough investigation into the circumstances surrounding his wife’s death and bring the suspects to book.

“On Saturday, we were both at home when she left around 5.06am for the house belonging to my dad’s younger brother. The house is just five buildings from our residence, and she went there because family members were cooking there in preparation for a wedding ceremony,” the widower narrated.

“She just finished bathing the children and observed the morning Solat (prayer) when she left. We planned to quickly finish the cooking so we could leave home early because the ceremony was at Egbeda. I was the one that locked the door when she left. I was having my bath when I heard people calling my attention to what happened to my wife

“When I got there, I saw that the people who attacked my wife used a knife to slit her throat. She was already dead, but we rushed her to the Tender Hospital, where she was declared dead

“Those responsible for the attack stole my wife’s property including her phone. The people who rushed to my wife’s rescue during the attack saw the two hoodlums who attacked her. We buried her on the same day.”

A community leader, Kayode Adegoke, while lamenting the insecurity in the area, said the case was reported at the Ogijo Police Station.

“Security in Moro community is very porous because the community is between Lagos and Ogun states. We have been neglected. Hoodlums who perpetrated crimes in Lagos and Ogun states and were declared wanted are relocating to our community to cause trouble. In broad daylight, they rob people of their valuables and traders in the community are now scared of doing business. They attack people going to work in the morning and returning home late at night. We want security in our community.” he said.

Spokesperson of the State Police Command, Abimbola Oyeyemi, who confirmed the incident said they discovered that the victim was killed when the family requested a police extract to facilitate her burial.

“It was when the Ogijo Divisional Police Officer demanded to know the circumstances surrounding the victim’s death and detailed men to the scene of the attack that we discovered that she was attacked by suspects who stabbed her in the neck as against the report that she was shot,” she stated.

“The DPO told the family to hold the burial so a post-mortem could be carried out on the corpse for proper investigation. But the family members insisted that they need to fulfil her burial rites as a Muslim. Notwithstanding, the police have commenced an investigation and we will get to the root of the matter.” she added.