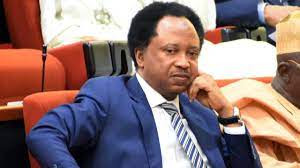 Senator Shehu Sani has decried the deplorable state of security across the country.

In a post shared on his Facebook page, the senator who represented Kaduna Central in the 8th National Assembly, opined that there is no place on planet earth that life is as cheap as it is now in Nigeria.

”The terrorists from our own part of the country are moving beyond launching raids and extorting ransom to a new audacious level of gradually edging out the constituted authority;collecting taxes,imposing fines and installing religious and traditional structures of Leadership.

In all the mass kidnappings that happened in Niger, Kebbi,Kaduna,Sokoto and Katsina,there has not been any serious rescue record other than outright payments of ransom by the families of the victims.

People are slaughtered with ease, everyday,and the only places that are safe are those areas the terrorists opted not to attack.The frequency of which people are being killed everyday has reached such a point that both the states and Federal Government appeared tired of issuing press statements to condemn the killings or to condole with the families of the victims.

We have reached such a tragic phase that there is no time to mourn,no time for tears,no time for sorrow because mass burials,mourning and tears have become both the routine and the new normal.There is no place on earth today ,not in Yemen or Somalia are human lives been so cheap like in this country.

It’s right to ask for the whereabouts of Government and the political leadership of this country in this times.”