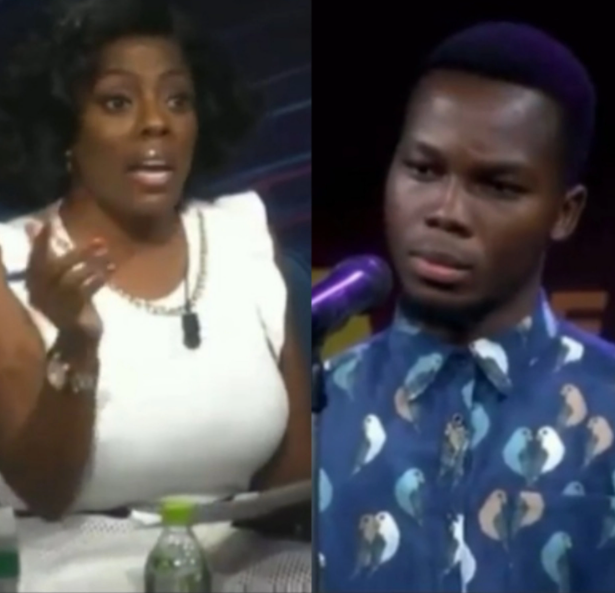 The Twitter troll who was confronted by judges during an audition has been fired from his job.

The man, identified as a journalist named Albert, aka Bongo, was fired after he went viral when he clashed with GHOne TV General Manager Nana Aba Anamoah and her colleagues on TV.

In the viral video, the man’s tweets, where he had previously called out one of the judges and other Ghanian female celebrities, were read out, leaving him speechless (read here).

He was fired by his boss afterward.

The boss put out a statement on social media on the decision to sack Albert from his company and stated it had nothing to do with the clash with Nana Aba.

He said he made the decision to fire Albert because he wasn’t performing well.

The statement released by his boss read in part: “I felt perhaps he couldn’t handle the number of stories a day being given to him, so I told him, I would reduce the stories he would do a day, so he can meet targets and that means a reduction in salary.

“He pleaded that I give him November to prove his worth again and gave reasons why he had been underperforming. I agreed and said it’s a challenge then, if you don’t meet the targets again, you will be laid off.”

‘Nobody has said anything about the magistrate’