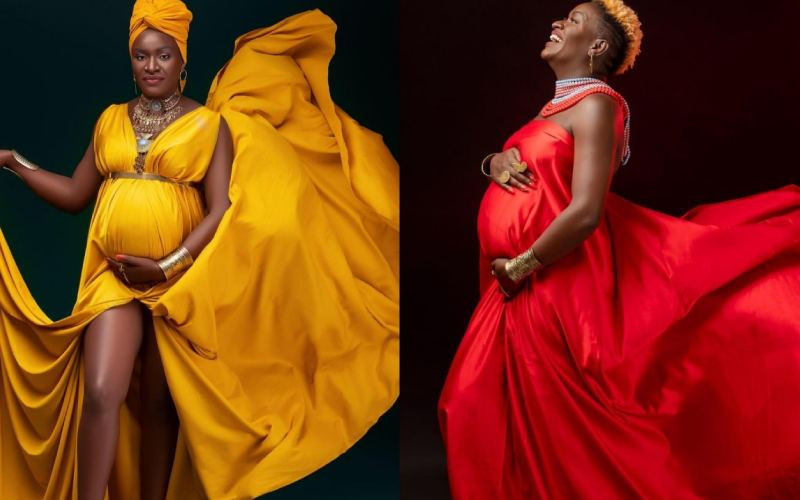 Kenyan radio presenter and comedian Wangari Nguri popularly known as Auntie Jemimah has hit out at trolls who claim women lose their babies because of maternity photoshoots and baby showers.

The Gukenia FM presenter, who recently lost her baby at 34 weeks, said she was trolled by both men and women, some telling her that showing off a baby bump is a taboo.

Speaking on her YouTube channel, she said those who send such messages are misinformed, ignorant and shallow because it is every woman’s dream to carry a pregnancy to term.

“No woman holds a baby shower wishing death upon herself or her child. Every pregnant woman’s dream is to carry the baby to term and go home with a healthy baby,” she said.

“Showing off your baby bump is not wishing death upon your child or yourself. I was told that it was because I showed off my baby bump and went for a beautiful baby bump shoot that I lost a child,” she said.

She added that such statements are detrimental to a woman who has just lost a baby since so many factors can lead to the loss of a pregnancy.

“Because of the ignorance you have and because of the thirst for likes and comments, you have decided that we wish that upon ourselves. That is tiresome!”

“Conceiving is a miracle. We have women who are struggling to conceive. My heart goes out to you. Carrying a baby to term is also a miracle and to all the women who have lost babies in the process, I am so sorry. The other biggest miracle is going home with a healthy mother and baby,” she remarked.

Auntie Jemimah maintained that she was proud of her pregnancy and that is why she went for a shoot.

She further asked those who condole with grieving mothers to choose their words wisely and avoid some sentiments.

“Nobody is immune to death. Death is inevitable. The moment you accept life; you also need to accept death. For some of our children, it has had to come very soon before we even held them.”

“My girl was a go-getter. She did 34 weeks. She wanted to make it but she did not,” she stated.

“There are things you do not tell a woman who has lost her baby..ati huyo hakuwa wako…if you have nothing good to say just keep quiet. Let them heal. I still cry and breakdown.” she added.