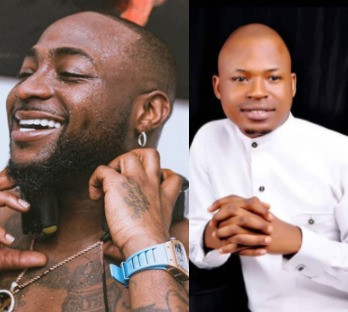 Give your donations to charity

jboy
about 14 minutes ago

Ossai Ovie Success, you are a FOOL!… before becoming a self-acclaimed, unpaid, and voluntary special adviser to Davido, first go and tell you oga – Ifeanyi Okowa, Delta state governor, to give the people the money that rightly belongs to them!… whether you are joking or not… I HATE when people want to remove the speck in other people’s eyes while leaving theirs!… I am not a fan of Davido but did he seek ur USELESS opinion on what he wants to do with the money?… your advice is just a manifestation of your inner jealousy… not a genuine advice!… many people are like you – Ossai Ovie Success!… jealous people everywhere!… a real Igbo man will NEVER reason this way… instead, he will work to achieve his own… putting eye in another man’s thing is not in a genuine Igbo man’s nature… that’s why we are SPECIAL people… LAZY and JEALOUS man!

Damola Olatunji replies fans who accused him of bleaching his skin