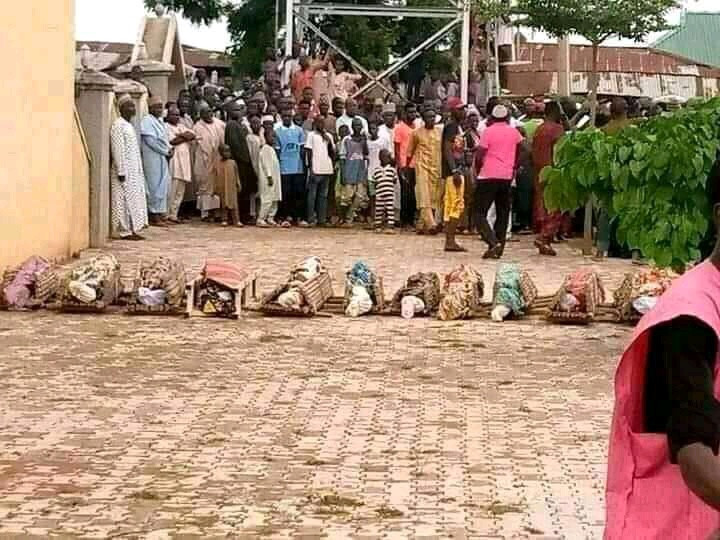 The Governor of Sokoto State, Aminu Tambuwal, has confirmed the killing of 43 persons in Monday’s bandit attack on Illela Local Government Area of the state.

Tambuwal had on Wednesday, November 17, led members of the state executive and security councils, as well as other top government officials on a condolence visit to the people of Illela.

LIB reported that armed bandits had attacked the town and some villages near it in the wee hours Monday, at first instance killing 15 people.

However, a statement issued by Tambuwal’s spokesman, Muhammad Bello, on Thursday, said that at the time of the Governor’s visit on Wednesday afternoon, the toll has risen to 43.

A village Head in one of the of the five villages, Kalmalo, Munwadata, Sarma, Runji and Masasa, that were attacked during the midnight raid, was wounded.

“We’re here to, on behalf of the government and good people of our dear state, to extend our heartfelt condolences on this unfortunate incident which claimed the lives of many of our citizens. This is not a small occurrence. It is upsetting,” he stated, emphasizing that: “this incident really touched us,” Gov Tambuwal told his bereaved audience.

He, however, commended the local government authorities, monarchs and community leaders for their lawful composition of a volunteer group working in tandem with the security operatives in the area.

He said the state government “will continue to frown upon the constitution of illegitimate volunteers,” pointing out that “the joint operations of legitimately constituted volunteers, who work closely with and under the supervision of security agencies, is the appropriate antidote to this crisis

He appealed to the people of the area not to be daunted by the recent attack. “Instead, it should motivate you all to redouble your efforts, without seeking revenge, in securing your communities,” he said.