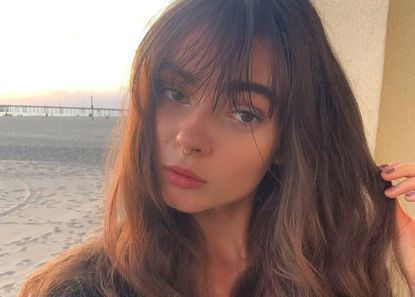 Model found dead outside hospital, after being drugged and dumped

Two young women in Los Angeles were drugged and left to die outside hospitals over the weekend, according to their families.

Christy Giles, a 24-year-old model and aspiring actress (pictured above), was found dead outside one hospital around 5 p.m. Saturday, November 13, KABC reported.

She is in critical condition and fighting for her life.

The two women went out together Friday night and ended up in a West Los Angeles apartment, Giles’ husband Jan Cilliers told KABC. The last message Giles sent was a text to Cabrales-Arzola around 5:30 a.m. Saturday: “Let’s get out of here.”

Giles’ body was discovered on the sidewalk outside Southern California Hospital in Culver City, according to KABC.

Cilliers said he’s seen video of three masked men in a car without a license plate dumping her body.

“(Cabrales-Arzola’s) toxicology report came back, and I guess they found heroin in her system, which is nothing that either of those girls would ever do, not voluntarily,” Cilliers told KABC. He was visiting his father in San Francisco for the weekend.

“This story is by no means unique,” reads the GoFundMe account set up for her recovery. “Since Saturday we’ve all received a number of messages from other females who have eerily similar stories, except the only difference between them (and) Christy and Hilda, is they survived.”

Woman and her 2-year-old child reportedly murdered in Delta

Singer Cynthia Morgan shares her opinion on being celebrated