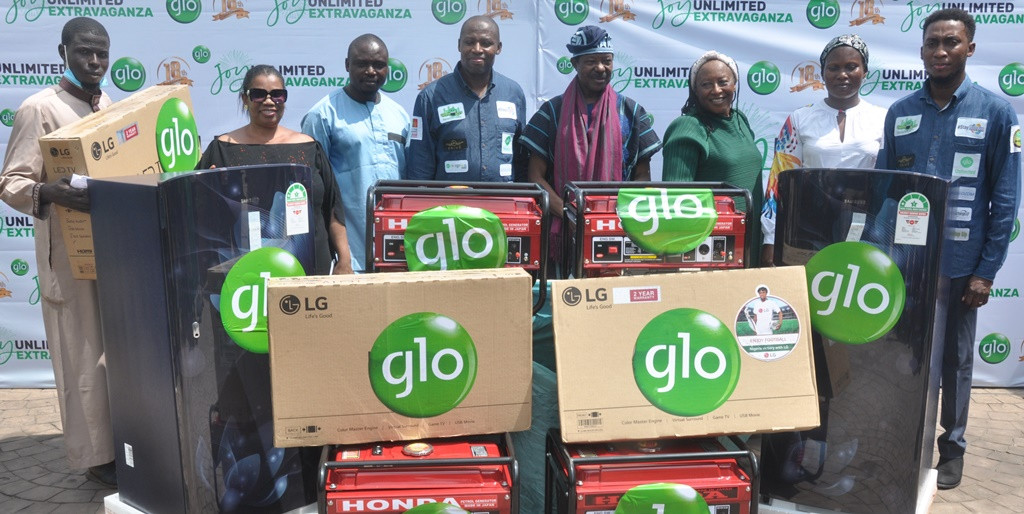 Globacom’s Regional Manager, Sales, Lagos, Abdulrazaq Ande, said the prize presentation ceremony was in fulfillment of the pledge made when the loyalty reward promo was unveiled three weeks ago to spread joy amongst Nigerians during the Yuletide season and into the New Year as well as a confirmation of its resolve to constantly add value to the lives of subscribers on its network.  He explained that other winners who will emerge in subsequent draws will receive their prizes at similar events to be held in Enugu on November 25, Ibadan on December 2, Port-Harcourt on December 9, while Abuja and Jos will host the event on December 16. Other cities where presentation ceremonies will be held Benin on December 23, Akure on January 6, Asaba on January 13, Kano on January 20, Uyo on January 27, and Owerri and Abuja (second presentation) on February 3 and Lagos and Ibadan (second presentations) on February 10.

Mrs Priscilla Onuzulu of NLRA who congratulated the winners noted that “Globacom has been doing the right thing from inception and they are on track in this promo as well. Glo will not disappoint anybody. You will all get your prizes. We at NLRC have been and will continue to be there all through the promo. I wish you all the very best”. Some of the lucky subscribers who spoke on behalf of other winners commended Globacom for spreading joy to them. A Refrigerator winner, Chika Nwachukwu from Enugu State and who works with Oando Plc said, “Glo is a very supportive network. I truly appreciate this prize. To tell you the truth, I was surprised when I was told I won. I thank Globacom immensely for providing another fridge for my family”.

Afusat Jamiu from Ogun State, a generator winner, said, “I live in Ijede, in Ikorodu area of Lagos where I sell clothes. Glo has made very happy with the generator that I won in their promo. It came at the right time. The generator will be very useful to power my fridge to boost my new turkey business. God bless Glo”. The post Winners ecstatic as they receive Glo Joy Unlimited Extravaganza prizes appeared first on Linda Ikeji Blog.