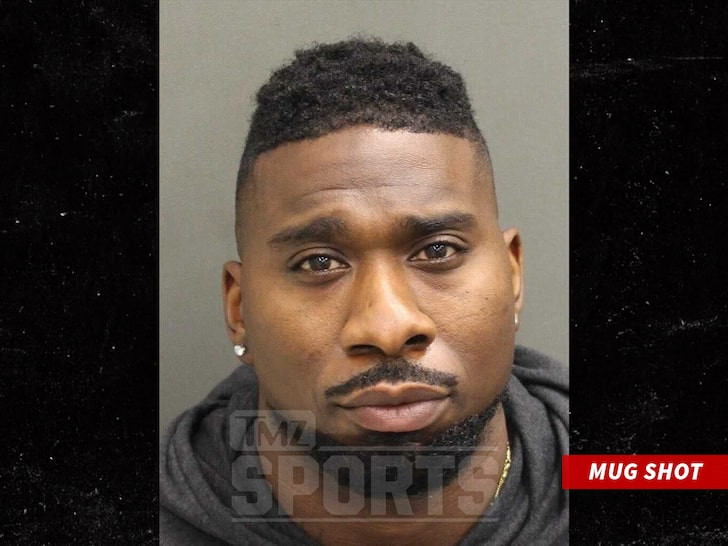 Ex-NFL player, Zac Stacy arrested and jailed in Florida after being caught on video assaulting his ex-girlfriend in front of their son

Ex-NFL player, Zac Stacy has been arrested and jailed by police in Florida after a disturbing video showing him attacking his ex-girlfriend Kristin Evans,  the mother of their 5-month-old son, surfaced online.

According to TMZ Sport, authorities charged him with 2 felonies; aggravated assault and criminal mischief following his arrest on Thursday, November 18.

The outlet notes that the former NFL player is facing up to 15 years in prison if he’s convicted.

In the video, Stacy is seen punching his ex in the head before slamming her into a television.

The violence reportedly began during an argument. Stacy became furious and aggressive during the argument and he attacked her, swinging at her head before yanking her off a couch, tossing her across the room and into the TV.

The TV then falls on top of her as she tries to calm Stacy down but he throws an object at her and storms out before returning to continue.

In those documents, Stacy’s ex claims the football player came over to her house around 2 PM on Saturday to see his son.

While there, she claims he flew into a jealous, violent rage.

“He punched me several times in the head! I begged him to stop because the baby was on the couch just a few feet from where he punched me,” the woman wrote in the restraining order application.

That’s when she says Stacy said “I love you” to their baby boy, and escaped from the house.

In the restraining order documents, the woman adds, “I fear for my life and my children’s lives.”

She says she went to the hospital, where she was treated for a possible head wound, as well as bumps and bruises.

Stacy is being held at Orange County Jail in Florida.