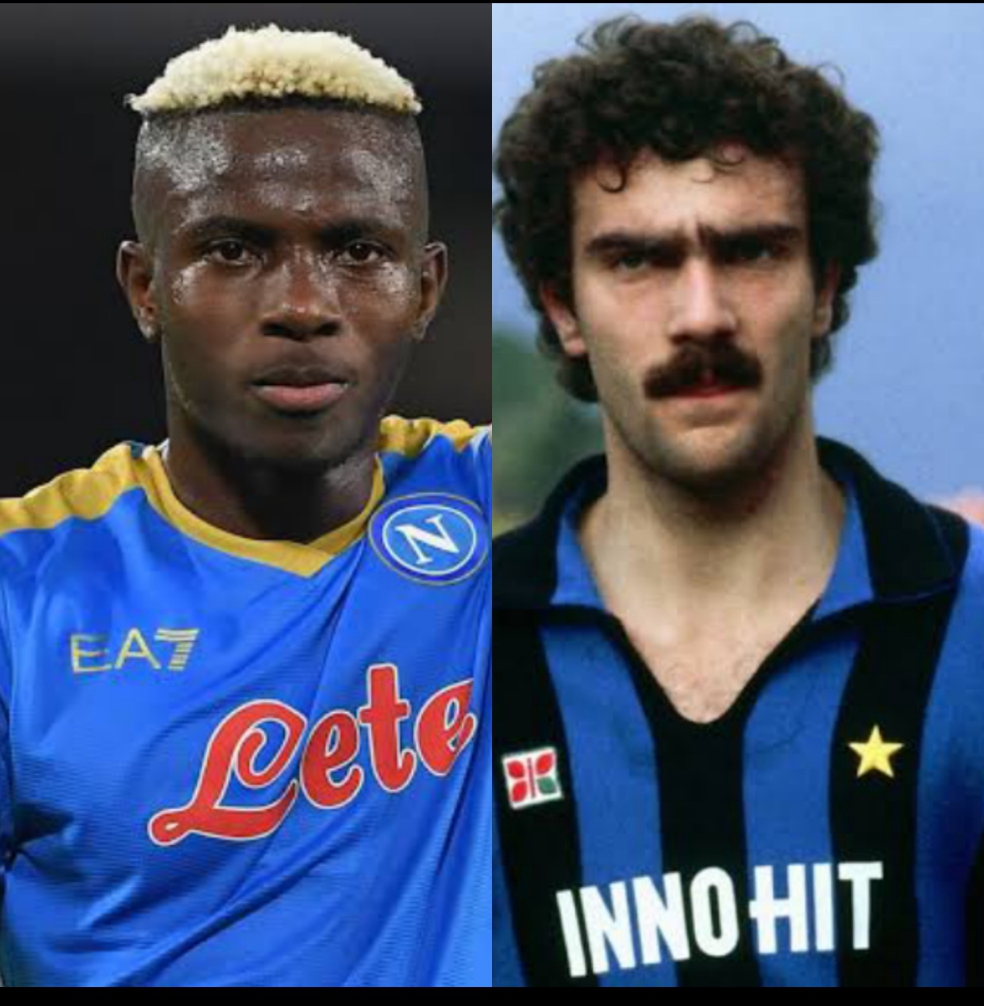 Inter Milan legend, Giuseppe Bergomi has heaped praises on Super Eagles and Napoli striker, saying no player has impressed him this season in Italy more than the 22-year-old.

This comes ahead of Inter Milan’s fixture with Napoli on Sunday, November 21.

Napoli, led by Luciano Spalletti, go into the match with a 12-match unbeaten whilst being at the top of the Serie A table.

“That the whole department can go into crisis due to Osimhen’s revs. They will have to raise the defensive line and there, in those spaces, he can hurt,” Bergomi said as quoted by Stylo24.

“On the other hand, he [Osimhen] just needs a long throw that he leaves and you don’t catch him anymore. I still remember that at the beginning Spalletti told me that he still had to grow, but now I see that he has found sensitivity in playing the ball on the ground.

“Osimhen. It is one that allows you to play with even lower defense, because when you throw it and go. Like Inter did last year with Lukaku.

“Mine was another [form of] football, but Osimhen gave me a good impression, he has speed and physical strength. I must admit that he is the striker who has impressed me the most in this championship.

”It is true that in the matches in which the level has risen a little, the level is more difficult, and I am thinking of the challenges against Juventus and Rome, but on Sunday Inter will miss [Stefan] de Vrij, who commands the line.”

Bergomi, who managed 517 appearances for Inter and spent his entire career at the club, also reserved praise for Senegal defender Kalidou Koulibaly, saying his physical strength is crucial for Napoli’s backline.

“What a beautiful duel. Kalidou’s physical impact is crucial. This year I see him concentrated as he hasn’t happened for some time. He is someone who by physical strength, because of how he is on the pitch and how he reads situations, shifts the balance,” Bergomi concluded.

Update: “They all stood there and watched her drown” – DJ Michelle’s sister speaks out