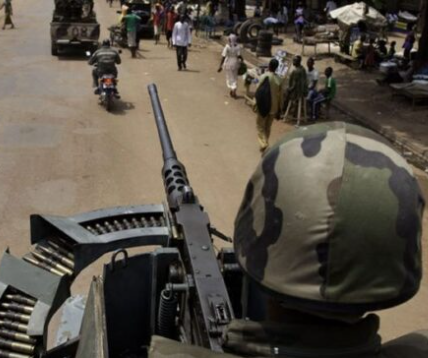 Barely six days after the attack that killed a general and three other Army officers in Chibok/Askira Uba, Borno state, Damboa, a neighbouring Local Government Area, is currently under severe attack by terrorists of Islamic State West Africa Province (ISWAP).

This is the third attack in one month in Damboa.

The insurgents stormed Damboa in about 10 gun-trucks at about 6:00am on Friday morning, Nov. 19, and started wreaking havoc.

The Nigerian military swung into action to push back an ISWAP incursion into Damboa, a town in Southern Borno, situated close to the dreaded Alagarno and Sambisa forest general areas where insurgents operate.

The troops in the area were able to push back the attack, killing several attackers.

Civilians were also said to have been injured as the Nigerian military pushed back.

Damboa is one of the few towns that has fought against being displaced by Islamic terrorists despite its proximity to Sambisa. The town has remained a target of several attacks by the ISWAP terrorists.