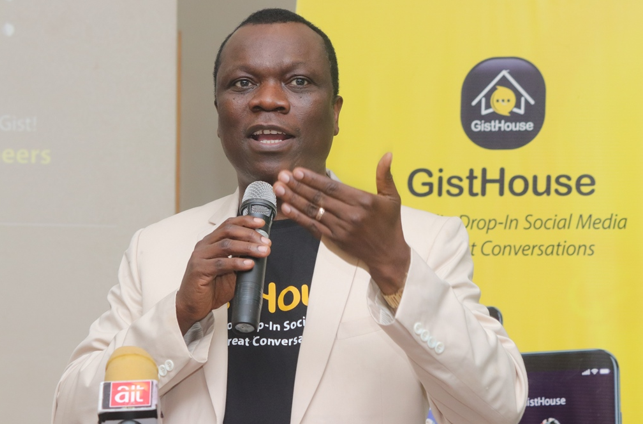 Its a well known fact that Nigerians and Africans at large love to gist, share stories and have interesting conversations, on this premise, respected Nigerian Lawyer, Dr Ope Banwo delivered the first Afrocentric audio gisting social media app that also rewards the users.

With a clear vision to keep users engaged and ‘gisting’ Dr Ope Banwo the visionary and founder created an app that not only allows users to build a community to share stories but also make a lot of money while at it.

Dr Ope Banwo, while speaking about the vision of the new entrant into the audio conversation social media space, said ‘GistHouse is the Afrocentric response to the growing audio conversation industry and its here to stay. The App not only builds upon the features already existing in first-generation audio apps like Clubhouse, Greenroom, and Twitter Spaces, it actually takes the game to another level that will automatically allow users to maximize their conversations, gamify their communities and monetize their experience on the audio Gisting social media platforms’.

In what he describes as the 9-point distinct qualities of GistHouse, Banwo at an event to intimate the Nigerian Influncers community and media with the new app at a classy event held over the weekend eld at Victoria Crown Plaza Hotel on Ajose Adeogun, Victoria Island Lagos highlighted the unique features of GistHouse as a way to;

According to Ope Banwo, ‘as a content creator, you can now buy and sell your content right inside the App. Room Conveners, GistMods, Gisters, and Gistees can now give and receive tips in transferable and Monetizable tokens, which are transferable via withdrawals to other Ethereum wallets as well as getting paid by sponsors to sponsor your rooms’.

Enthusiastic members of the Crypto-Community have also applauded the founders of GistHouse and promoters of GISTCOIN Crowdsale with the unveiling of the MVP (Minimum Viable Product —app development philosophy that focuses on the development of the basic iteration of their mobile app that offers the core benefits of their product to its target users).