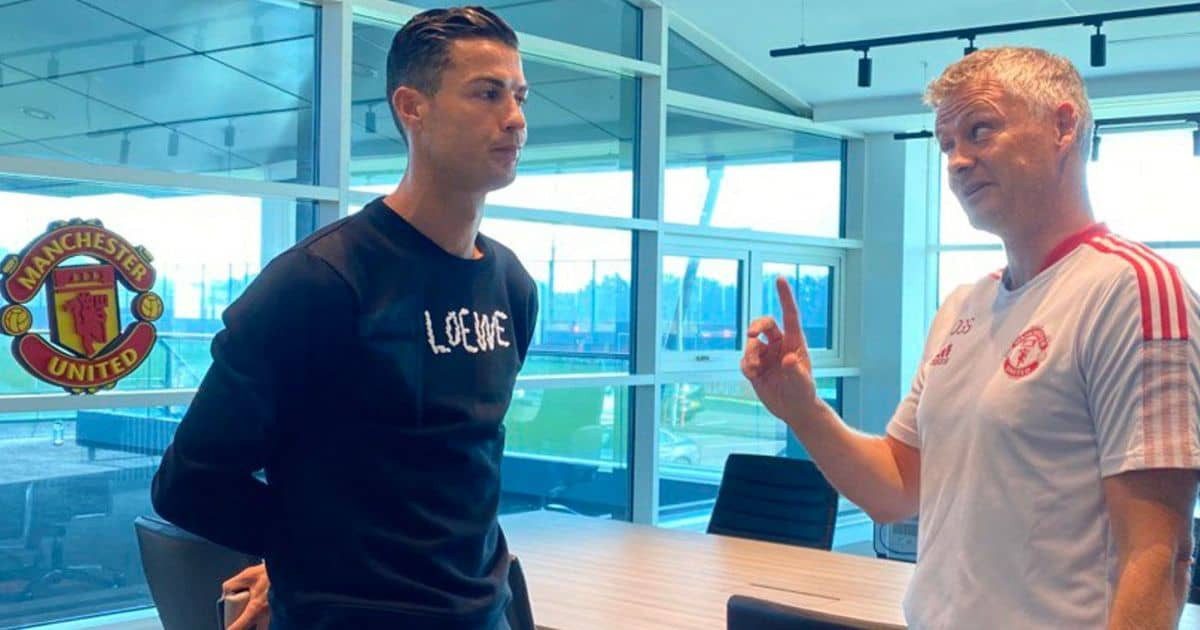 Man. United coach Ole Gunnar Solskjaer holds ‘crisis talks with Cristiano Ronaldo and others to decide how to salvage the season and save his job’

Manchester United coach, Ole Gunnar Solskjaer reportedly held crisis talks with his senior players on Thursday, November 18, as he tried to salvage the club’s season and save his job.

The 48-year-old wanted to discuss how United can turn the season around, and the tactical plan after switching to a back three in the last three games.

Solskjaer is desperate to get his team back on track at Watford on Saturday after a run of six defeats in 12 games including humiliations at the hands of Liverpool and Manchester City.

The Old Trafford hierarchy have resisted calls to sack Solskjaer, but might be forced to make serious decisions if he doesn’t turn things around going into a key period that will decide United’s European fate and includes league fixtures against Chelsea and Arsenal.

Another defeat at Vicarage Road on Saturday or in Tuesday’s Champions League group tie at Villarreal would pile more pressure on the under-fire boss.

Leicester manager, Brendan Rodgers has been linked with the United job in recent weeks, but the Northern Irishman was forced to come to end the speculation.

‘But it’s frustrating for the fans and, I would say, for my players.

‘If anyone were to read what’s been out there, then that can destabilise. I’m the Leicester City manager, proud to be here, and fully committed. All the other noise around that is something we cannot control.’

Rodgers maintains that he and Leicester’s owner Aiyawatt Srivaddhanaprabha have an ideal working relationship. ‘I have a huge respect for Khun Top and the protection of his father’s legacy. I feel I’m in the right place, with the right people,’ he added.

Nigerian lady narrates how a stranger who offered her a ride in Lagos, tried to violate her in his car [Details]