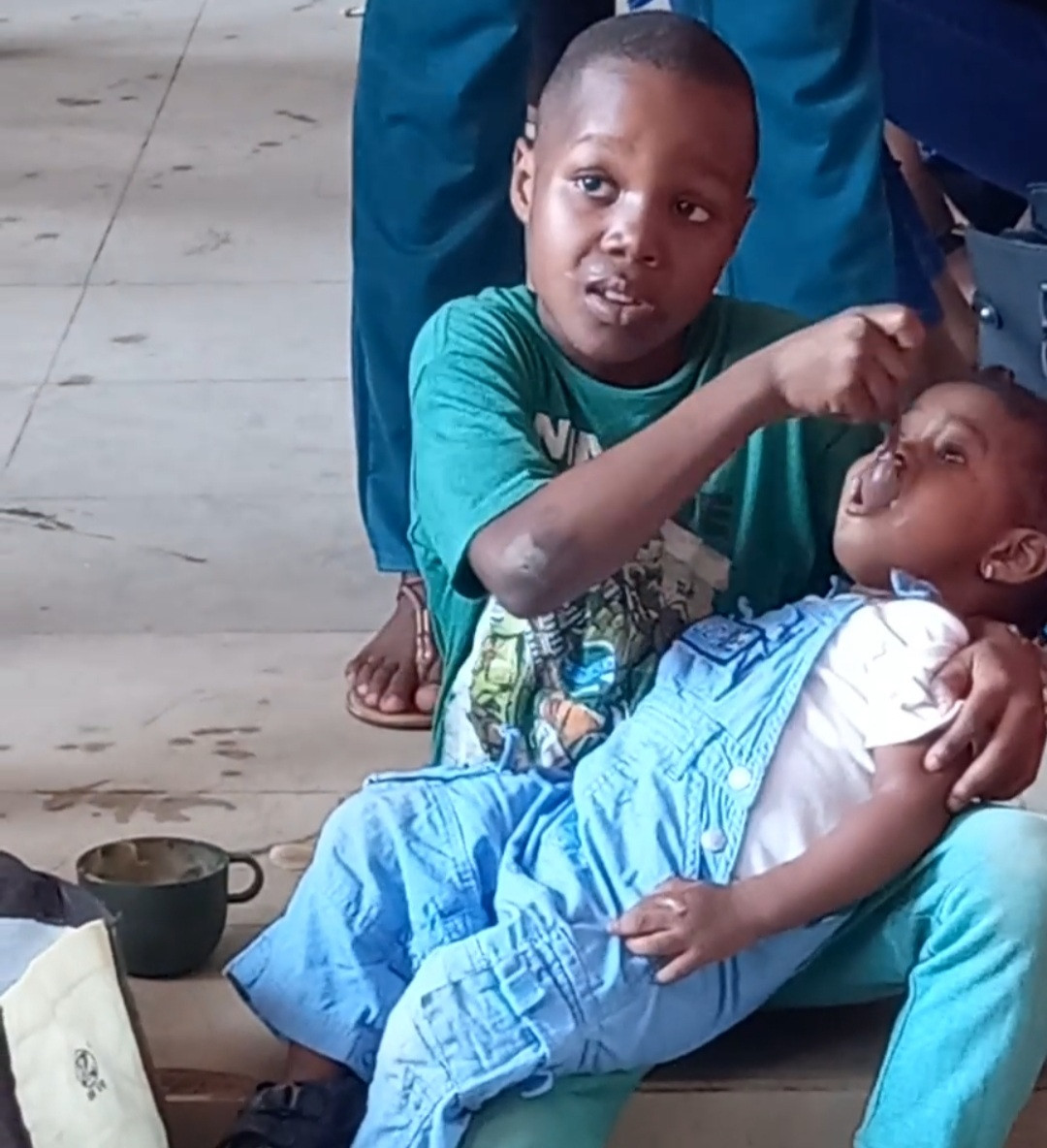 A nurse has spoken out against the video of a boy feeding his sister while his mum wrote a test.

The video went viral days ago and people praised the boy for stepping in and also praised the mother for raising her son right (read here).

Reacting, a nurse took to Twitter, saying that such isn’t a child’s responsibility because children need to be children.

She added that the mother should have found an alternative rather than letting her son take on such responsibility.