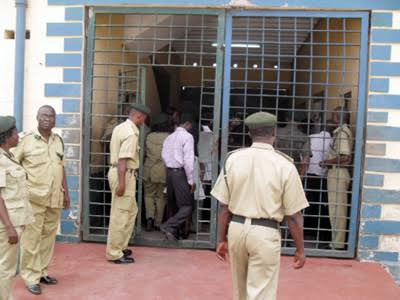 During a plenary session, the lower legislative chamber also mandated its committee on appropriation to include the rehabilitation and upgrade of the correctional centres in the 2022 budget estimates.

The resolution was passed following the adoption of a motion sponsored by Muhammed Kazaure, a lawmaker from Jigawa state.

This comes as gunmen have targeted some prisons, freeing inmates and killing security operatives.

Speaking on the floor of the house, Kazaure said it is dangerous for society if convicted criminals are let loose.

“If adequate steps are not taken to re-arrest the escaped convicts and provide adequate security in correctional centres, some of the criminals who escaped may become more emboldened to the point of forming terrorist groups that would put the country in jeopardy,” he said.

He said the federal government should rehabilitate and upgrade the correctional centres with the “latest and sophisticated arms such as GPMG and automatic machine guns and the latest security electric fence wires attached with shocking gadgets and highly sophisticated CCTV cameras”.

“This is not right!” – Nigerian nurse speaks against viral video of boy feeding his sister while his mother was away