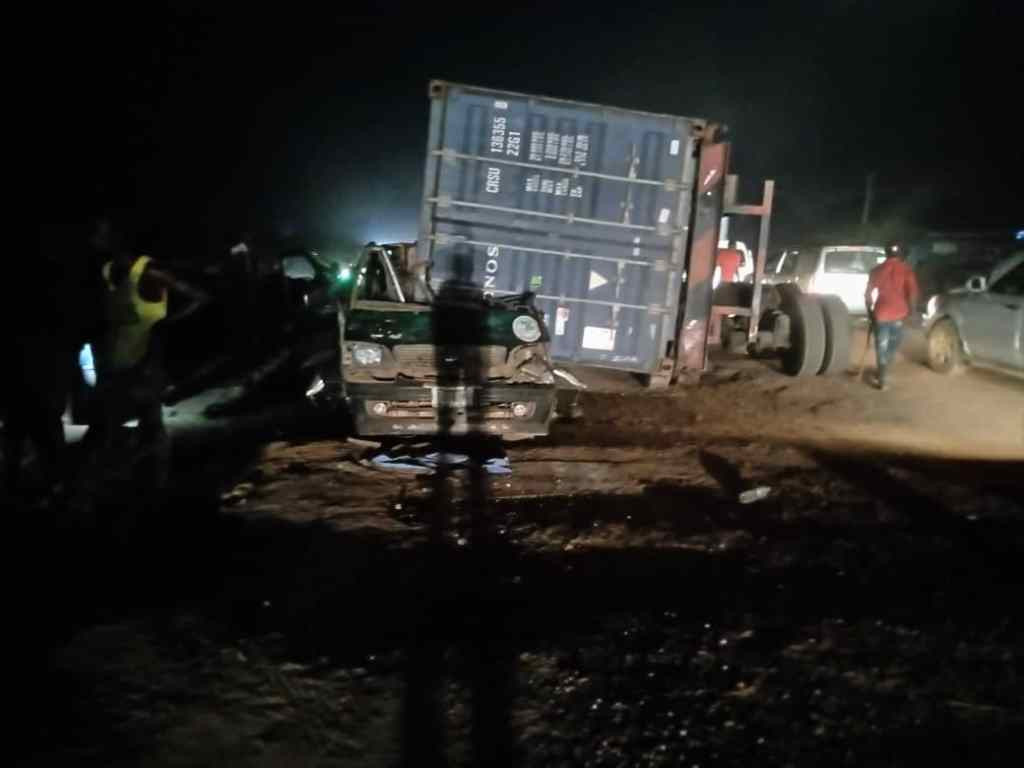 A middle-aged woman has been crushed to death after a container-laden truck fell along Awka-Enugu expressway in Anambra State on Thursday night, November 18.

Five other persons sustained varying degrees of injury in the fatal crash which occurred at Amansea junction by Hausa market. The victims were said to be inside a commercial bus heading towards Awka when the incident happened.

“Due to the bad road, the truck was not stable and the container fell on the bus and crashed, killing the woman and injuring several others,” an eyewitness said

The Sector Commander, Federal Road Safety Corps (FRSC), Corps Commander Adeoye Irelewuyi, who confirmed the incident, said the body of the deceased had been deposited at the hospital morgue.

The probable cause of the fatal crash was attributed to bad road. Seven person’s were involved in the crash, comprising 6 male adult, and 1 female adult. The female adult lost her life, 5 were injured, while one came out unhurt.

The corpse of the dead victim was taken to Amaku Mortuary Awka after being confirmed dead by the doctor on duty. The FRSC rescue team managed traffic and effort is being made to tow the vehicles off the road.”he said