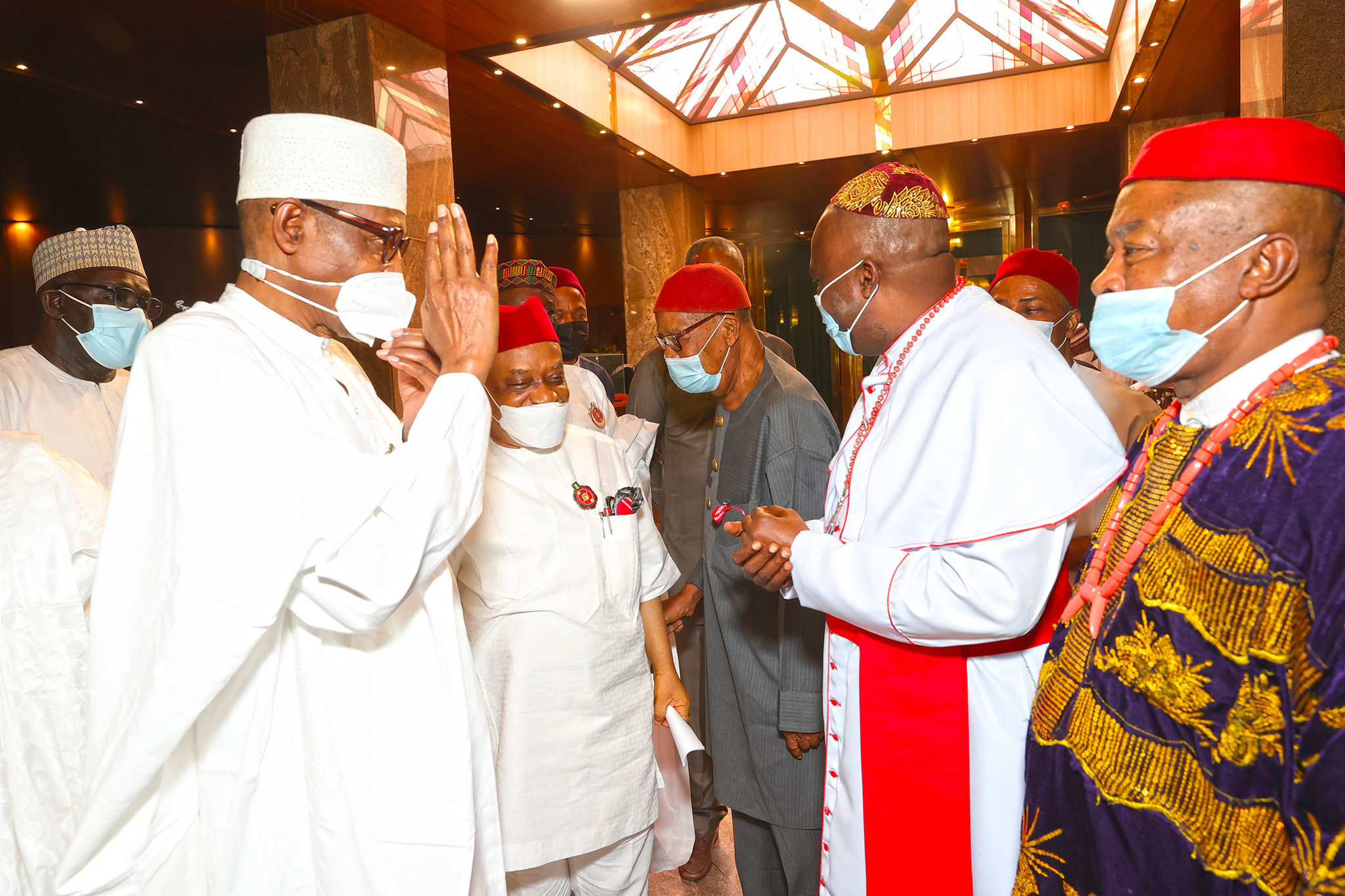 President Buhari has said that he will consider the request of Igbo leaders to free the detained leader of the proscribed Indigenous People of Biafra IPOB, Nnamdi Kanu.

While receiving some southeast leaders in the statehouse today November 19, President Buhari said the call for the unconditional release of Kanu runs contrary to the doctrine of separation of powers between the Executive and Judiciary.

Responding to the demand which was made by the group under the aegis of Highly Respected Igbo Greats and led by First Republic parliamentarian and Minister of Aviation, Chief Mbazulike Amaechi, the President said;

“You’ve made an extremely difficult demand on me as leader of this country. The implication of your request is very serious. In the last six years, since I became President, nobody would say I have confronted or interfered in the work of the Judiciary. God has spared you, and given you a clear head at this age, with very sharp memory. A lot of people half your age are confused already. But the demand you made is heavy. I will consider it.”

Stressing his policy of non-interference with the Judiciary, President Buhari said when Kanu jumped bail, got arrested, and was brought back to the country

“I said the best thing was to subject him to the system. Let him make his case in court, instead of giving very negative impressions of the country from outside. I feel it’s even a favour to give him that opportunity.”

The President condoled with Chief Amaechi, who recently buried his wife, praying that her soul would rest in peace.

The nonagenarian had described the situation in the Southeast as “painful and pathetic,” lamenting that businesses have collapsed, education is crumbling, and there is fear everywhere.

He pleaded for a political, rather than military solution, requesting that if Kanu was released to him as the only First Republic Minister still alive, “he would no longer say the things he had been saying,” stressing that he could control him, “not because I have anything to do with them (IPOB), but I am highly respected in Igbo land today.”

Chief Amaechi said twice he had interfaced with Nnamdi Kanu in the past, and the latter rescinded orders earlier given on civil disobedience.

“I don’t want to leave this planet without peace returning to my country. I believe in one big, united Nigeria, a force in Africa. Mr President, I want you to be remembered as a person who saw Nigeria burning, and you quenched the fire.”