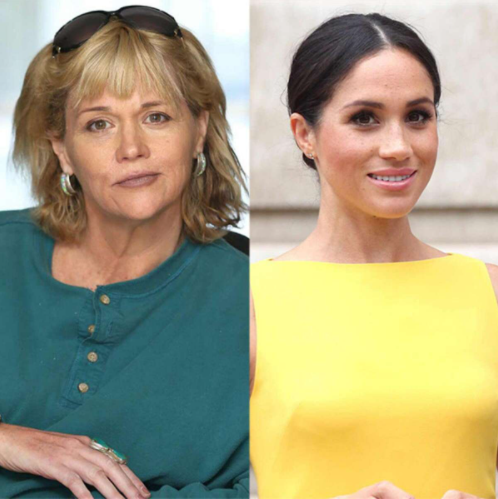 Meghan Markle may have had ‘agenda’ before marrying Prince Harry, sister claims

Meghan Markle’s sister, Samantha Markle, has claimed that the Duchess of Sussex may have had a “clear agenda” to return to America after marrying Prince Harry.

Speaking exclusively to Daily Star, Samantha claimed that Meghan decided not to renounce her American citizenship upon marrying into the British Royal Family back in 2018.

She added that she believes there were “clear indicators” that Meghan wanted to “keep an oar in the water in the United States”.

Speaking from her home in Florida, she said: “It seems as though now you have to wonder was it just in case things don’t work out or was there a clear agenda from the beginning to return.”

She continued: “Whatever the case is, it was very deceitful to the Royals not to let them know that she had that in mind and that she wasn’t really present and sincere in the moment.

“In terms of ongoing duty with the Royal Family, especially in a marriage, I can see going into a marriage and thinking ‘Well if the marriage doesn’t work out, yeah, I’ve still got family and you know, I was trained in my career, I’ve still got my career’ but to actually go into a marriage and say, ‘You know what, I’m married now, that’s the end of it, I’m giving up my career everything because this is now my commitment. I’ve made a commitment to my husband and to you know, the British royal family and the people of Great Britain’.”

Samantha added: “I don’t think you know, being there under a year in terms of royal duty is really executing a commitment.

“It’s not any due diligence, it’s not a demonstration of loyalty or commitment, and to keep an attorney and manager in LA is really deceitful.

“I had heard through the grapevine across the pond that the Queen wasn’t made aware of that, you know, that and I would imagine that they were shocked when they found out because it shows an agenda perhaps.”

Ex-Senator and governorship aspirant, Gbenga Aluko dies after collapsing in his office